It’s still amazing to me that, just a decade ago, most people thought movies based on comic book properties were dead. After the abomination that was Batman and Robin, that was understandable. But it seems like we’re undergoing some kind of comic book movie renaissance lately as there are seven, yes, seven, comic book movies that have been confirmed to be released in 2016 alone. And I’m not counting the things that have been held up in developmental hell. I’m looking at you, Channing Tatum’s Gambit! 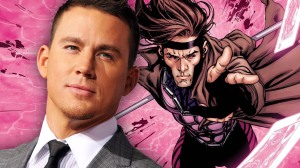 I do see the resemblance.

In a strange twist of fate, the movie that I used to dream of when I was a kid was the film I had low expectations for. I mean, what geeky did didn’t imagine how awesome it would be to have two of DCs, nay, the world’s finest (see what I did there?) comic book characters be in the same movie. And, if they just so happened to fight against each other, well, that would just be the icing on the cake. However, when Warner Bros revealed the first two trailers for their upcoming Batman v. Superman: Dawn of Justice, it kind of killed the dream.

As such, my interest for Batman v. Superman: Dawn of Justice started to really wane. And the utterly ridiculously long name didn’t help one bit! However, my impression of the film changed with Warner Bros’ final trailer for the film. Here, go take a look…

It looks like a really good movie. It shows Batman’s motivation as to why he needs to be ready just in case Superman turns bad. It answered a lot of questions if Ben Affleck can play an effective Dark Knight! It actually made Wonder Woman looked really cool as well! And it made it seem possible that Batman may actually have a chance at defeating Superman in a one-on-one fight! Oh, there are still some minor annoyances, such as Lex Luthor dumb line about what psychotic means and it made it look more like a Batman movie rather than a Batman and Superman film. But still, this trailer did what a trailer was supposed to do! It made people like me really pumped up to go and watch this movie!

Now, what did this trailer do that the others didn’t? Actually, it’s more of what the final trailer didn’t do and what the earlier ones did. This last trailer for Dawn of Justice didn’t spoil any plot points! In the previous trailers, they tried to show us a lot of the story in the hopes of attracting fans of the comics. This plan of theirs backfired tremendously! It showed Lex Luthor pulling the strings in the background, goading both heroes into fighting each other. And, the worst sin the second trailer did, it pretty much spelled it out that Superman, Batman and Wonder Woman would team up at the end to take on what most people are thinking is Doomsday.

Or is this Clayface? It’s hard to tell!

If you really think of it, this is actually one of the more frequent problems of a lot of trailers these days. It’s like the movie studios are slapping together trailers that reveal too much of the plot, thinking that’ll make potential viewers want to see the film. I don’t know why they think this way or when this started to happen. They did this with Terminator: Genisys when they practically told everyone that John Conner was a bad guy and the Terminator in the film. James Cameron’s Avatar had a bunch of trailers where they told you the entire story until about the third act. With The Island and Terminator: Salvation, they actually revealed the twist!

It took Warner Bros a while to realize this wasn’t the way to go. But, with the film’s release slowly approaching, they finally pulled off a good trailer for Batman v. Superman: Dawn of Justice. Now, if I could only forget about the first two trailers so I can act surprised when Doomsday smashes onto the screen.

What do you think of the final trailer for Batman. v. Superman: Dawn of Justice? How does it stack up against the earlier two? Let me know in the comments section below!