You geeks today have no idea how lucky you have it now.

When I got into college, I was already in love with video games and I had some knowledge about comics from hanging out with my friends in high school.  I was also starting to watch a “cartoon” called Ranma 1/2. I’m not sure how I even knew this existed. All I remember is that one of my friends would have to go to a comic shop next to the school campus and ask a person to make us a bootlegged VHS and/or Beta copy of the latest Ranma episodes.

This was way before the Internet is the way it is today, so it was incredibly difficult to even research on details of upcoming geeky things. In fact, it took my friend and I a couple of months to get used to calling Ranma 1/2 an “anime.”

Also, at this time, most anime were frowned upon, especially by the “cool” kids. Anime was actually labeled as just gross and perverted cartoons since the most popular “anime” that people knew at this time was either Akira (a super violent anime where people essentially explode) or Urotsukidoji (a very infamous anime showing graphic violence and sex scenes). 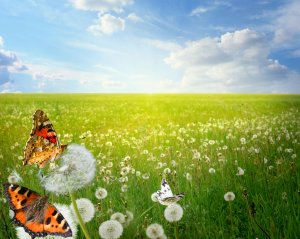 There’s no way I’d show any of the “interesting” pictures of both of those animes… so here’s a field of butterflies!

People at the time thought that all anime was like those two specific ones, so only “geeks” like anime. And since I liked Ranma 1/2, I was one of those “geeks.” In fact, if you were one of those people that liked video games, toys, cartoons and super heroes, you were automatically labeled as a “geek.” Kids were supposed to outgrow these childish fantasies. So, if you like any of them as an adult, you were a geek! And you shouldn’t be proud of being a geek during that time.

It was something you should hide. You were even sometimes shunned for it.

Fast forward to the present. My, how times have changed.

Nowadays, being a geek is not something to be frowned on. Rather, it is something that is admired. In the Philippines and around the world, anime such as Naruto and One Piece is extremely popular. The video game industry is now big enough to have sales numbers that can match Hollywood’s blockbusters. Speaking of Hollywood blockbusters, superhero movies are eagerly awaited by fans, making them huge cash cows for movie studios. Kids and adults alike can watch animated movies like The Incredibles, Wall-E and Cars 2… okay, maybe not Cars 2, but you get the idea. 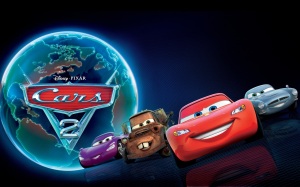 Thankfully, I haven’t watched Cars 2… yet.

When I was in college and even in high school, I was “different” for being in love with these geeky things. Now, all of these geeky things are being enjoyed by a lot of people. Even the same people that would say that my obsessions were stupid now can’t wait for the next Man of Steel movie or how they love watching The Walking Dead (which they now want to get the comic of as well).

It’s much easier now to show off your geeky side in these enlightened times. In fact, it’s probably the “in” thing now. I think this video made by Felicia Day and The Guild said it best:

If you have any comments or suggestions, please feel free to leave them below.

2 thoughts on “Ahead of My Time”