So, last week, I just talked about some of the things I would like to talk about in the future. And, since it was the week after Wrestlemania, I had wrestling/sports entertainment on the mind. That got me thinking of a wrestling related show that I’ve been watching. That should would be Total Divas.

While I have ranked them before when the show first came out, a lot of things have happened on Total Divas in the past year. Since then, they’ve added some new people to the cast (Paige, Alicia Fox and Rosa Mendez). Some of the main cast were “let go” during the middle of Season 3 (Summer Rae and Naomi). Also, some characters have actually had some personality changes since the previous seasons. With all of these developments, I think it’s about time to re-evaluate the cast! 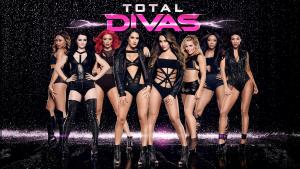 Only Paige looks good in black

Like last time, I’m going to rate the Total Divas from my least favorite to the one I like the most. Since they were still a part of the third season of the show, I’m still going to include Naomi and Summer Rae on this list. Anyway, let’s start out with…

Okay, Nikki Bella is now officially on the bottom of my list not of any fault of her own. Rather, it’s because the other Divas have stepped up their game!

She did actually show some more maturity this season as she finally did get her real estate license as a way to prepare for a future outside the WWE. But everything else? Crap. She still sponges of John Cena for a lot of stuff. She put her career first instead of her twin sister’s happiness. And… well, I just don’t like her overall attitude of being extremely materialistic.

Okay, I was a big fan of Summer Rae in Season 2. This season, however, all I saw were her flaws. It was like she was intentionally picking fights with Natalya! Also, she tried to steal Rosa’s man! That’s not cool, Summer! Not cool at all! She never got to “redeem” herself as it seems she was taken off the main cast… probably for causing too many fights between the Divas.

I just… I just don’t get Rosa Mendes. 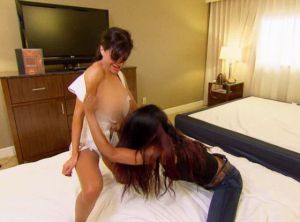 She does have a hook; she’s bisexual which makes her at least interesting. But she’s kind of an airhead, which is disappointing. She’s also very… comfortable with her body, which I kinda like. Unfortunately, it kinda goes more on the side of exhibitionism, which I kinda don’t like. Leave some thing to the imagination, Rosa!

She’s even sad on the “happiest day of her life.”

I do empathize with her as her storyline throughout this season of Total Divas was her marriage falling apart. But I still think she’s too uptight. I mean, she wanted to intentionally get into a car accident because she thought she had some pot brownies (which she didn’t). She even thought she was high from eating them! Oh, and going into a fumigated house to retrieve a bowl is just stupid! She just needs to loosen up just a smidge!

Oh, how the mighty have fallen!

What happened to you?

Brie Bella was my second favorite personality on Total Divas during the first and second seasons. Now, she’s at a lowly 7th place! I just got fed up with her meddling in the lives of a lot of the people in the show! I’m okay with her acting all rowdy when she gets drunk (BRIE MODE!) but I don’t like it when she meddles in the lives of others. Her heart may be in the right place but she had no right to force John Cena to break up with Nikki! Initially, I said I wished she was my big sister, but after Season 3, I’m glad the meddlesome Brie Bella isn’t.

I guess the reason is because she wasn’t featured too much this season. And when she was on the show, they focused on her good aspects. I liked all the trouble she went through to try to scare her little brother straight. And how she wanted to help Eva Marie with her negative view of her body. Still, there are some scenes where she’s still extremely annoying, like when it seemed like she wanted to pick a fight with Alicia Fox by the pool. My view of her has improved and that’s saying a lot!

Wish we saw more of her this season.

Chillin’ with her man.

She’s still the most down to earth person on the show. She didn’t have that many storylines this season but, when she was on, it was easy to see what a good person she was. But, like I said, she wasn’t on very much so I can only rank her as a 5 for this season.

Showing off that engagement ring!

She dropped a couple of places this time around because, well, she still has this issues of keeping secrets. A lot of the problems she encountered in the show was because of being dishonest with Jonathan, her husband. Lying about wanting kids. Telling her family she’ll get Jonathan to agree with a Catholic wedding. But she struggled a lot throughout the season so I still can feel for her for the most part. I actually like her family, by the way! I honestly do hope Eva Marie’s father beats the cancer! Get well, Mr. Eva Marie’s father!

One of the newcomers comes in a number 2?

This is her staring down Ariane.

Yes, Alicia Fox just came in during the middle of Season 3 of Total Divas. But I really, really like her! There’s just a sense of maturity that she gives off. Yet, there’s a youthful exuberance as well. Sure, she can be kind of petty (like when she was dismissive of Ariane because they’re both “the same” kind of wrestler). But she manages to keep a level head most of the time.

And the number one Diva in Total Divas is…

She’s only 3 years older than me and she already became Divas Champ?

Coming in at first place is Paige. She just edges out Alicia Fox because of, well, her overall maturity. When she was kissed by Rosa Mendes, Paige was flustered but she wanted to hash it out with Rosa so there wouldn’t be any misunderstanding! She’s also really smart and she actually taught Natalya a thing or two about ring psychology. But the thing that makes her number one is that Paige is extremely entertaining! She has a certain wit to her that’s fun to watch! I still chuckle when I see her pounding on Big E’s chest because she’s envious of his boobs!

So, that’s it! Paige is now officially my favorite person in Total Divas. Not surprising as she’s actually now my favorite Diva in the WWE now that AJ Lee is gone. But I actually liked her even before she was brought into the main roster. I was watching her wrestle way back in NXT. And I’ll talk more about NXT… next time!

Who’s you’re favorite personality in Total Divas? Let me know in the comments section below!

One thought on “Episode 102: Re-ranking The Total Divas”