Children’s programs are the last thing you would expect to have some big cohesive story. I mean, you don’t expect Dora the Explorer’s Swiper to actually have a huge elaborate plan as to why he tries to steal items which will be revealed at the end of the series, do you? Even more “serious” cartoons like GI Joe which, while they do have 3-episode arcs, do not have large story arcs.

On the flip side, there are successful animated shows that do have big stories and actually show how the series concludes. Cartoons like Avatar: The Last Airbender and most animes such as Vision of Escaflowne serve as proof that kid shows can have beautiful narratives… as long as they have  proper ending.

Unfortunately, there are programs that never concluded for various reasons (cancellation, feature length movie gets cancelled, etc.) and I really want to see some of them have a proper finale to their tales. Here are three “children” shows I wish they would properly conclude: 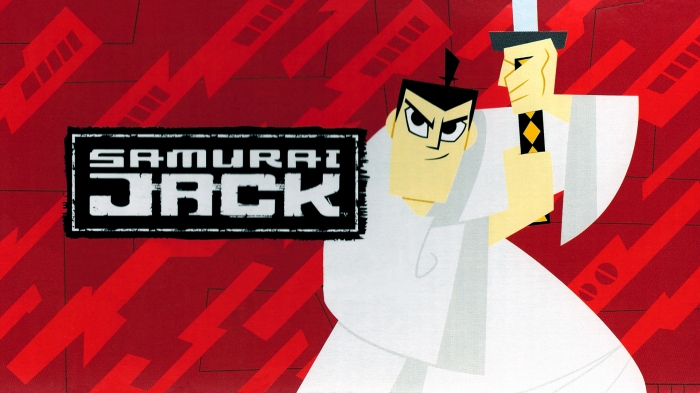 He doesn’t look very asian, does he?

Samurai Jack is the story of a samurai who, during a duel with the demon lord Aku, is transported into a dystopian future. Since the samurai never defeated Aku, the demon managed to take over the entire world. Armed with his magic katana, he takes the name of Jack (which was given to him by the residents of this world) and attempts to find a way back to his time, defeat Aku and restore peace to the world.

Well, that was the plan anyway. Samurai Jack lasted for a total of 4 seasons but they never really completed Jack’s quest as the series never actually showed him finally getting back to his original timeline. There was an episode where Jack managed to actually find a portal that would take him home but is defeated the portal’s Guardian. Even though Jack lost the battle, The Guardian looks into the portal and does see the samurai, a bit older, actually succeeding at making it back.

This is the only glimpse of the possible conclusion to Samurai Jack’s journey. They never did show Jack return and defeat Aku. The creator, Genndy Tartakovsky, has mentioned that he does have a plan to eventualy reveal the end of the story with a possible Samurai Jack movie.

Sadly, that was way back in 2009. While I can hope the movie will eventually be released in the future but I’m not holding my breath.

2) Jayce and the Wheeled Warriors

I wonder how many people actually remember this show?

Like a lot of cartoons from the 80’s, Jayce and the Wheeled Warriors was a cartoon with one purpose: to sell toys. The thing is, I’ve never really seen any of the toys when I was growing up. From what I know, the toys were basically futuristic vehicles with interchangeable weapons.

Still, the concept for the show was pretty good. Jayce’s father, Audric, is a bio-engineer and created a new form of plant life that is able to thrive on any environment. However, the plant mutates and becomes an evil sentient being. This new plan, calling himself Saw Boss, leads a brigade of other mutated plants that can turn into different vehicles equipped with various weapons.

Audric manages to fashion a root to destroy Saw Boss but cannot do it on his own. He sends half of the root to Jayce. Jayce then finds the vehicles that his father also created in the past, which happen to be sentient as well. With this, he assembles a ragtag crew to find his father and defeat Saw Boss.

Oh, and the intro song was pretty cool.

Okay, the plot does seem pretty stupid (that’s what went through my mind while I was typing it!) but the actual presentation was pretty cool. There really was a feeling of an epic quest and it certainly didn’t hurt that pretty much all of the characters were memorable. In fact, it’s like they were ripping off the characters of Star Wars for the most part!

The show ran for 65 episodes but, unfortunately, I don’t think they actually did show all of them in my country. I think I did manage to watch around 12 of 13 episodes before they kept showing reruns until they stopped showing it altogether. It didn’t matter anyway since, because the toyline wasn’t a success, the show got cancelled. J. Michael Straczynski (!) did say he already had an ending planned out and it was to be shown in a full-length feature film (much like Samurai Jack) but it never got greenlit.

3) Captain Power and the Soldiers of the Future

This is the show that actually inspired me to create this list.

Captain Power and the Soldiers of the Future was a live-action show depicting a future where machines had managed to take over the world. A small group of resistance fighters led by Captain Power use advanced suits of armor to attempt to end the tyranny of Lord Dread, a human who became obsessed with perfection after merging with the sentient machine, Overmind.

Well, I think it’s easier if you just watch the (awesome) intro of the show:

There was a lot of things that made the show exceptional. For one thing, it didn’t feel like a kid’s show. The stories were meant for a more mature audience as they dealt with themes such as genocide (digitizing human beings) and child soldiers (Pilot was actually part of the BioDread Youth Army as she was brainwashed as a child to fight for the machines). Also, the CGI characters (Soaron and Blastarr) were really well designed for their time.

Watching it now, the acting was pretty so-so but the overall feel definitely makes up for it. They managed to create a mood unlike other shows and I was hooked from the first episode until the final 22nd episode. And the last episode really makes me want a 2nd season to be produced!

In the very last episode of the show, Lord Dread’s forces manages to find Captain Power’s home base and launches a full scale attack. With the rest of the Soldiers of the Future unable to come to her rescue, Pilot sacrifices herself by destroying the base to ensure Dread’s forces cannot use any of it’s information.

The death of Pilot actually hit me really hard as she was a great character! She was one of the highlights and had a great backstory! I really wanted to see how Captain Power’s squad would bounce back from this setback and avenge her death but it wasn’t renewed for another season.

J. Michael Straczynski (was this guy cursed or something?) also had a plan for the 2nd season where Overmind had a plan to get rid of Lord Dread, the good guys attempting to look for a rumored safe haven for human life and introduce new Soldiers. But, once again, this never panned out.

I’ve heard there are plans to either reboot or revive the show called Phoenix Rising. I actually think there may be a good chance of this happening so I’m crossing my fingers!

Honorable Mention: Josie and the Pussycats In Outer Space

I guess they never made it back to Earth. Still, I never lost sleep over not getting an ending for this show. I’m just adding it in because the thought of Josie and her gang floating in space and being lifeless husks kind of creeps me out.

What about you? Do you have any shows that you wish had a proper conclusion? Please leave your thoughts in the comments section below!