When I first saw the trailer for Pacific Rim, there were a couple of things that went through my mind. Besides my thinking it looked awesome, it made me think, “Wow! This reminds me of Robot Jox!” I immediately went through my memories of the movie and how much I enjoyed it. I remembered it being a groundbreaking movie with incredible giant robot fights and an awesome futuristic setting.

Why did they make the poster imply that the film is a horror flick?

This is a clear example of how nostalgia can cloud your memory. Because Robot Jox didn’t have any of those things I mentioned.

Be forewarned: there are going to be SPOILERS in this review. But, then again, you’re not missing much anyway.

Robot Jox takes place some time after a nuclear war. All out wars have not been banned and, in order to settle territorial disputes, the countries send their representatives to fight each other in giant mechs. The hero, Achilles, competes in his last contractual fight for Alaska. During the battle, an accident happens, causing the deaths of a lot of civilians. Even though the fight is ruled a draw, Achilles decides to quit fighting and not compete in the rematch.

The overall premise is actually pretty good. It reminds me a lot of Robocop in a way. But, while Robocop actually took the time to show the dystopian future and create a world you can get engrossed in, Robot Jox doesn’t even try. Oh, there are hints of how the world is like, such as Achilles being illiterate or civilians placing bets on the fights. But, they never really go into details, which is a shame, to say the least. 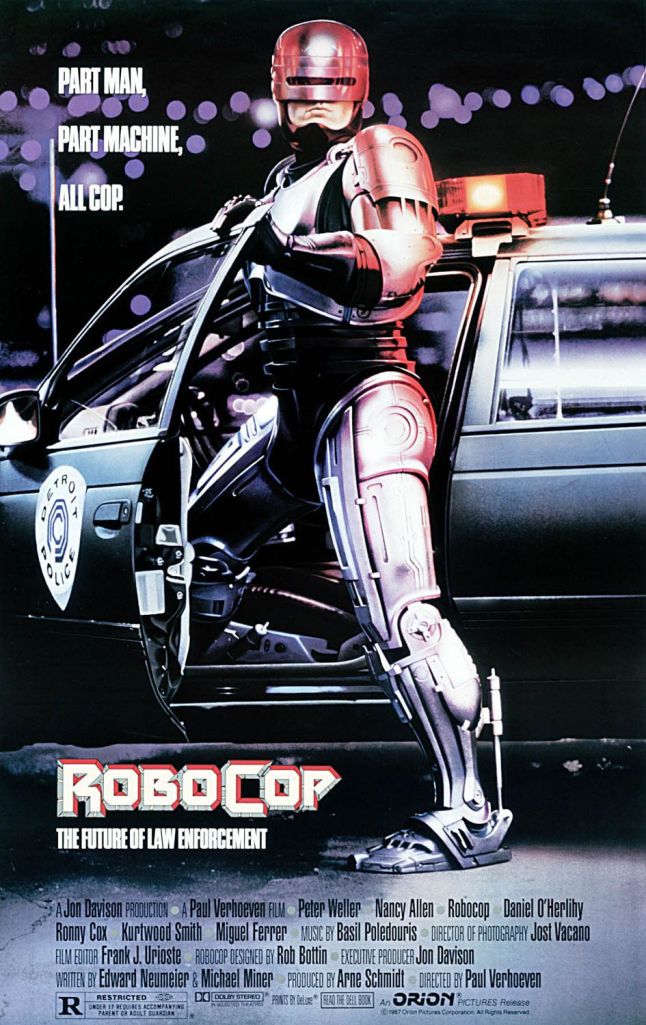 One big problem of the movie is I don’t know if it’s trying to be serious or kid-friendly. The dialogue is pretty tame and the world looks incredibly… well maintained. But, at the same time, they do some bare naked female buttocks. The result is a directionless mess in the tone of the film.

While the premise of the film is promising, the story itself is awful. Here’s the first reason why I put up the SPOILER warning.

During the rematch between the Alexander, big bad guy, and the female substitute for Achilles, the bad guy actually wins. But, when Achilles races over and challenges Alexander, the bad guy kills the referee officiating the match, essentially reversing the decision! Well, it’s because he’s bad and he wants to kill Achilles, right?

Well, apparently not. After their robots get destroyed, Achilles and Alexander fight each other in hand-to-hand combat. When Achilles takes down Alexander, he tell him they can both live instead of having to kill each other. Alexander has a change of heart and shows Achilles respect. They bump fists together and… the movie just ends. LAME!

Also, the acting is pretty atrocious. Everyone moves around pretty stiff, like they don’t know how the heck they ended up acting in this movie. Most of the actors are those actors you know you’ve seen before but you can’t really remember the name of the movie or the TV show. All I remember was Gary Graham, the guy who plays the hero, since he was from one of my favorite TV shows, Alien Nation. But, since no one really remembers that show, it’s kind of a moot point to even bring it up.

But, a movie like this can be forgiven of having lousy acting and a terrible story if the robot on robot action is great, right? Well, no dice in that department. The robot fighting is laughable. The fights look so tame! Not only that, they don’t even make sense for the most part.

Okay, here’s the last reason why I put up the SPOILER warning at the start of the review. During the final battle, Achilles takes off into outer space (since, apparently all the robots can fly). The bad guy takes off after him. After flying around a while, the bad guy manages to shoot down Achilles. And where does Achilles crash? Why, in the very same place they started!

And you know what the worst sin of Robot Jox? There are more fight scenes between the humans than there are between the robots! Look, I may hate the Michael Bay Transformers trilogy since they put too much focus on the human characters rather than the Autobots and the Decepticons. But at least you get to see the robots fight (even though it’s hard to tell them apart when they do fight)!

The only real positives Robot Jox has are the robot designs, which are actually pretty cool looking, and the stop motion animation. While I would’ve preferred to have see people in robot costumes duking it out, the animation actually looks okay. But I’m not looking for “just okay.” Oh well. I’m just thankful they didn’t try to use CGI then, especially since the movie was made in the late 80’s! That would’ve looked horrible! 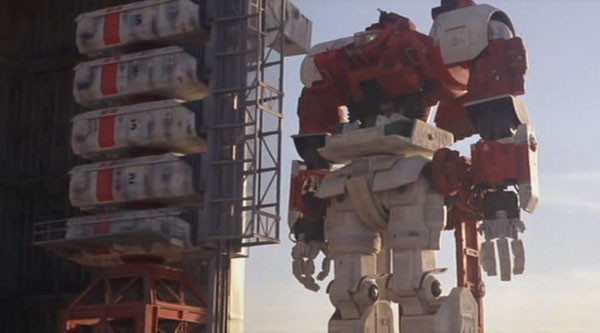 The robots would’ve made for some sweet, bulky action figures!

I can actually remember enjoying watching Robot Jox when it was first released in cinemas. Now, I’m thinking I was just starved to see some live action robot action then. It’s a bad, cheesy movie. It’s not even a “so bad that it’s good” movie. I’d have to say, if you have fond memories of Robot Jox, don’t re-watch it now. It’s better to hold on to those good memories than destroy them.

But, if you’re a glutton for punishment, you can actually watch the entire film below. Just remember: you have been warned!

What did you think of Robot Jox? Do you still remember it as a good movie? Whatever your thoughts, please leave them in the comments section below!

One thought on “I’ll Review Anything: Robot Jox”