It’s amazing how a little bit of news can get all of fandom angry. When it was announced at Comic-con that the next Superman movie will actually be a Superman and Batman team-up film, people got extremely excited about it. Well, maybe except for Superman fans who wanted to see another solo adventure of The Last Son of Krypton. Still, the majority of fans loved the idea.

But the question of who would fill in the role of The Dark Knight was still a mystery then. Then, just a week or so ago, it was announced who that person would be. Ben Affleck has been cast to take on the role of the Caped Crusader.

And fanboys around the Internet erupted in rage! And it went something like this…

Well, not exactly like the clip above but it pretty much captures their horror over the news.

Anyway, when I heard the news, I didn’t have such a violent reaction to it nor did I nod my head in approval. I was just a little disappointed with the choice of actor. Look, I know that, as a comic book geek, I should have some strong opinions regarding this supposedly “stupid” choice. But, honestly, I couldn’t bring myself to get worked up about it.

I guess one of the reasons people are getting pretty worked up about it because there should be a better choice than him. Some people have mentioned Richard Armitage (the guy who plays Thorin Oakenshield in The Hobbit films) or one of those guys from True Blood. Yes, they may have the look and the build to portray a great Batman but do they have the acting ability to pull off a great Bruce Wayne as well? I mean, Bruce is a major part of the character.

Right now, a lot of people would place their vote that Christian Bale was the definitive Batman right now. But, before Christopher Nolan made his trilogy of Batman films, who was the best Batman? In my opinion, that honor goes to Michael Keaton.

This guy is Batman?

This is a guy that doesn’t look a thing like Bruce Wayne! Nor does he have the body of Batman! But I think he did a fantastic job giving life to The World’s Greatest Detective. Even when you compare him to other films where they actually got guys that had the muscles of Batman and chiseled looks of Bruce Wayne, he still got them beat! I mean, try comparing Keaton’s version of Batman to either Val Kilmer and George Clooney’s versions and you know I’m right.

To put it in perspective, a lot of people had the same violent reaction when Heath Ledger was cast as The Joker. I was one of them! You mean one of the gay cowboys from Brokeback Mountain is going to be the iconic and psychotic Clown Prince of Crime? Blasphemy! 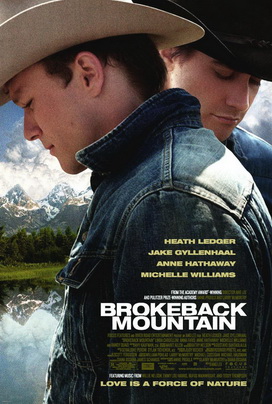 I wish I knew how to quit you!

And we all know how that turned out, right? Ledger hit it out of the park, giving a menacing yet playful charm to the character. If I remember correctly, he actually won an Oscar for Best Supporting Actor; a first for a superhero film if I’m not mistaken.

My only problem with Ben Affleck as Batman is the fact that we know him. It’s going to be extremely difficult to look at him on the screen and think “Oh, look! It’s Bruce Wayne!” Nope! I’m pretty sure I’ll be calling him Ben Affleck throughout the entire film when it’s finally released next year. 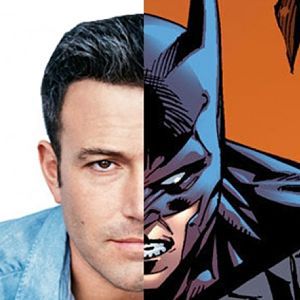 So, right now, I don’t think we should pass judgement on Ben Affleck as Batman. I mean, he’s done phenomenal work lately, both as an actor and as a director. Also, he’s a friend of Kevin Smith, a huge comic book nerd. He’ll be able to get some pointers from him on how to accurately portray the character. I think he’ll be able to do a passable job with the role given to him.

Besides, what’s the worse that could happen?

What do you think of the casting choice? Are you up at arms with the decision? Or are you willing to give Affleck a chance? Sound off in the comments section below!

One thought on “Everybody Hates Bat Affleck… except me”