It’s late in the morning and I’m at a warehouse/trading post, a place I’d normally not be in. But I heard that the place was selling Zero Suit Samus amiibo for less than $4 a figure. I’m not a fan of the character, but knowing that it’ll unlock a few features in Metroid: Samus Returns and that it unlocks a special costume in Metroid Prime: Federation Force convinced me to make the effort and get one figure. I mean, how often do you come across useful amiibo being sold at that price?

Last week, I talked about the problems with amiibo that came up after the announcement of the amiibo features for the anticipated Metroid: Samus Returns game that’s coming out this September. Essentially, fans got pissed upon learning that several of the game’s features could only be accessed if you had all the Metroid-related amiibo, including two such figures that would be releasing at the same time as the game. Aside from being salty at needing to spend additional money on top of the game’s price, people had fears of not being able to get their hands on the new Metroid amiibo (not completely unfounded as certain amiibo fly off the shelves upon release).

Just recently though, Nintendo further clarified that while it is true that you can only access Fusion Mode by scanning the Metroid amiibo, there is a standard hard mode that can be unlocked by simply beating the game on normal difficulty. As to how different this mode is compared to Fusion mode remains to be seen, but one thing is clear – people hate it whenever features that they want to play are locked behind paywalls.

Which brings us to the biggest problem with Nintendo’s amiibo: How can amiibo be desired by people who are not toy collectors without turning them into necessities?

Fire Emblem’s Ike remains to be my favorite amiibo and not just because he’s a favorite character – the figurine has been very useful to me. Ike served as a good AI-controlled sparring partner for 1v1, 2v1 and 2v2 Super Smash Bros. battles. In the three different Fire Emblem Fates, he’s a character that you can recruit and he can be revived for as long as you have the Gold to spend. Level him up to 25 and he gains the ability Aether – a two hit attack wherein the first hit restores health equivalent to half the damage dealt and the second hit is an attack that ignores enemy defense. His amiibo also gives you the chance to purchase replicas of Ike’s signature sword Ragnell, which is a sword that has an attack range of 1-2 squares. 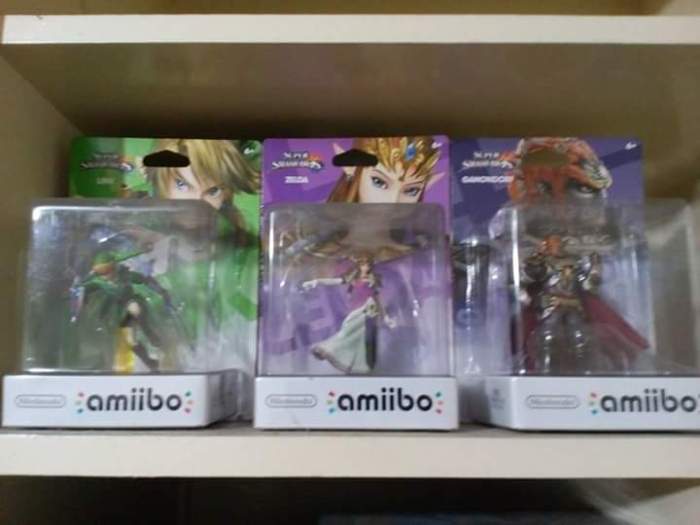 I would take these out of their packages if I had good use for them. But I don’t have any titles that are compatible with these three.

Aside from being very useful in Fire Emblem Fates, the Ike amiibo also works with Code Name S.T.E.A.M., Fire Emblem Echoes, and the soon-to-be released Fire Emblem Warriors. And I’m not even counting his generic amiibo functionality in countless other Nintendo games. The Ike amiibo provided me really good value, mainly because it was compatible with multiple titles that I owned/want to buy and because it unlocked useful features.

There’s no question that there is an audience for collectible figurines, and there is definitely an overlap between toy/figurine collectors and people who play video games. But amiibo is more than just plastic figurines, and what differentiates them from other collectibles is how they work with video games. But again, whatever features these figurines would unlock, they shouldn’t be features that fans would expect to be part of the full package when they buy a video game. So what then would be good amiibo features to consider?

We’ve seen several good examples of these already – the first type involves features that are amiibo-specific and are not part of the core gameplay of a title. A good example of this is how amiibo work with Super Smash Bros. – each Smash Bros. amiibo figurines unlock a special AI for the specific characters that they represent. This special AI can be trained and can gain special abilities depending on how you “feed” it, and the figurines are able to store the AI data so that you can use your amiibo “fighter” on someone else’s 3DS and/or Wii U. This feature almost acts like it’s own mini-game for those who have amiibo; at the same time, it is not a feature that Super Smash Bros. players expect to play when they buy the game.

Of course, even implementing these mini-games can eat up development time and resources so another solution that I have in mind is what we’ve already seen in Fire Emblem Fates and in Breath of the Wild – have the amiibo unlock in-game bonuses that are related to the characters that the figurines represent. It’s safe to assume that anyone purchasing an amiibo is a fan of that character or the franchise that that specific amiibo came from. Ike, my oft-mentioned amiibo, allows you to play/use the character in several games. 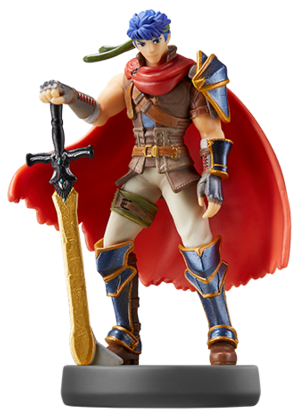 I can’t talk about how happy I am that I own the Ike amiibo enough.

In Breath of the Wild, the many different Legend of Zelda amiibo unlock items that come from the specific Legend of Zelda titles that they come from: Toon Link unlocks items from Wind Waker, Goron-Mask wielding Link unlocks items from Majora’s Mask, and so on. Expanding on this type of amiibo implementation could unlock several inter-franchise crossovers like being able to use Link in a Fire Emblem-type game or Star Fox’s Fox and Falco in a Metroid 2D platformer. And to be frank, if you’re a fan of Fox McCloud and you want to use him as a playable character in other games, I’d like to think that you already own a Fox amiibo.

Finally, if Nintendo can’t help but put in exclusive features meant to be unlocked by amiibo, then they should provide alternative ways on how to get them. I’ve seen several Metroid fans state that they’re willing to shell out cash if Fusion Mode is made available as paid DLC; Nintendo could offer this as a cheaper way to get the locked features (cheaper since they don’t have to produce the NFC chip and plastic figurine). Another similar alternative is to produce and sell NFC cards at cheaper prices and make enough of them so that they’re easier to obtain. These are just a handful of suggestions from a person who doesn’t collect toys and/or figurines and doesn’t own a Wii U – a limited perspective. But the goal is simply to make amiibo useful and to make these amiibo features easier to unlock.

Despite production of Disney Infinity being discontinued, I still think there’s a market for toys-to-life collectible figurines. And if anyone can figure out how to effectively use them, it’s Nintendo. I hope they figure it out soon though, and stay consistent with the implementation to avoid the kind of backlash that resulted when the Metroid: Samus Returns amiibo features were announced.

One thought on “Nintendo’s Amiibo Issues Part 2: A Non-Collector’s Recommendations”