The past few weeks have been heavy with revelations for upcoming Marvel and DC movies, primarily because Disney had it’s D23 Expo and we also had the San Diego Comic Con as well. One of the biggest reveals during this time was the first ever trailer for Avengers: Infinity War which gave us an insight on what the film is going to be about.

Of course, the trailer didn’t reveal everything, so there’s plenty of room for speculation. Since Fiefo had his list of predictions for the upcoming Justice League film, it’s thematic for me to come up with my own list of seven Infinity War predictions. Note that these are merely predictions, not fueled by any leaks or anything definitive, so I wouldn’t consider these as spoilers. Still, I’m putting a SPOILER WARNING here in case there are those who prefer having no knowledge of the Infinity War storyline coming into the movie. With that said, let’s begin!

The first film will largely revolve around Thanos collecting each of the Infinity Stones.

1. Thanos Will Get Half of the Infinity Stones by Act Two

It wasn’t explicitly shown (or was it?), so I’m counting this as a prediction: the first half of Avengers: Infinity War will show Thanos getting his hands on the Infinity Stones one at a time. That means he’ll be going to Asgard (hence the scene in the trailer where Loki is offering the Tesseract), Xandar (where the Orb and the Nova Corps headquarters are), and the Collector’s base in Knowhere (where the Aether is presumably being kept).

This lines up well with how the trailer depicted Thor’s encounter with the Guardians of the Galaxy – Thanos will probably hit Xandar first, mobilizing the Guardians into action, then get them to Asgard as they pursue the intergalactic villain. They’ll pick Thor up there and head to Earth, where the Mind Gem is.

2. Loki Will Only Play a Minor Role in the Storyline

Despite being shown prominently in the initial trailer, I think Loki’s role in Infinity War will be limited to exactly what we saw – he’s going to hand over the Tesseract to Thanos. My guess is he’ll do this with the hopes that Asgard will be spared from Thanos’ wrath.

Loki’s character doesn’t fit with the idea of defending Earth and preventing Thanos from assembling the Infinity Stones. He has no reason to be on Earth and given what he did back in the first Avenger film, I doubt that he’ll be welcomed. and let’s not forget that he just handed the Tesseract over, so I highly doubt that Earth’s Mightiest Heroes will see him as a trustworthy ally. So my bet is Loki’s appearance is little more than a cameo. 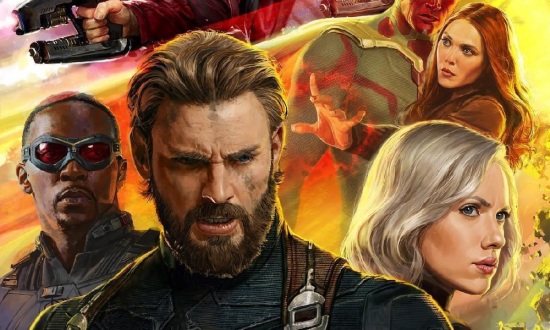 Despite the marketing, Steve Rogers won’t make an appearance until the film’s final act.

Despite the urgency of the situation, I’m predicting that Steve Rogers won’t be appearing until the final battle (similar to how Gandalf only appeared at the end of the Battle of Helm’s Deep in The Two Towers). Infinity War will show Tony Stark leading the Earth’s defense against Thanos all throughout the film, with Rogers serving as that last beacon of hope when the situation seems hopeless.

4. The Avengers Will Lose

Despite my prediction that Steve Rogers will appear to “save the day”, he won’t succeed, and the Avengers will lose this battle. This doesn’t necessarily mean that the Earth will be destroyed, but what I mean is that Thanos will achieve what his goal is on Earth – to obtain the Mind Gem. And that means the Vision will bite the dust.

The Vision’s death will be one of the moments in Avengers: Infinity War that will give the events in the film emotional weight and will raise the stakes for the sequel. It will also establish how much of a badass Thanos really is. The Vision is one of the most (if not the most) powerful members of the Avengers; him going down at the hands of Thanos will show how much of a threat this villain truly is. 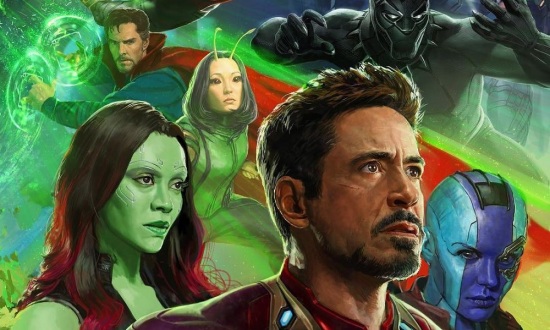 Barring flashbacks, this will be the last time that we’ll see Robert Downey Jr. in the Tony Stark role.

5. Tony Stark Will Die at the Hands of Thanos

I’m sure several Avengers won’t see the light of day after this film, but I’m quite certain that Tony Stark will be their most significant loss. All the signs are pointing towards this – Stark’s character arc has pretty much already ended, especially when we take Civil War and Spider-Man: Homecoming into consideration. Marvel has yet to pull the trigger on a fourth Iron Man film, and Robert Downey Jr. has been talking about giving up the mantle of Iron Man.

Infinity War will serve as Stark’s redemption for his actions in Age of Ultron and Civil War. His death can serve as Spider-Man’s on-screen Uncle Ben moment (Stark has been serving as a father figure to Peter Parker), and will give the Avengers a reason to make this fight personal.

Picture this as the climax of Infinity War: Vision dies, Thanos gets the Mind Gem, Iron Man makes one final attempt to stop the villain and gets killed. In his dying moments, he can impart final words of wisdom to Spider-Man and he and Rogers (and maybe even Bucky) can finally bury the hatchet that’s between them. Later on, Pepper Potts can have a moment with Rogers, asking him to avenge her beloved. Wouldn’t that be a powerful end and lead up to Part 2?

I don’t think an Avengers film that’s devoid of both Tony Stark and Steve Rogers will work; Doctor Strange doesn’t have the superhero cred to lead them both in terms of the plot and in terms of real world marketability. One of the two leaders of the Avengers will have to be alive to lead the team in the second movie, and my guess is it’s going to be Steve Rogers.

I’m sure both of them will be killed off; it makes more sense for Tony Stark to get killed on Earth as he has more social connections, whereas him dying in space where he won’t have a final moment with Pepper Potts would be a downer for the sequel.

Introducing Captain Marvel – the future leader of the Avengers.

7. Captain Marvel Will be the New Leader of the Avengers

This is more of an Avengers prediction than an Infinity War one so pardon me for adding this to the list… There’s no question that the Avengers will eventually win this war for the Infinity Gauntlet; we can’t have succeeding MCU films if Thanos manages to wipe out the universe, can we? This new team of Avengers will feature a core roster of Doctor Strange, the Black Panther, and Captain Marvel – the MCU’s new wave of superheroes. We may even see Spider-Man and Bucky (as a new Captain America) as members as well.

Of these, I can see Captain Marvel as the only one capable of leading the Avengers. Both Doctor Strange and the Black Panther have other responsibilities that will keep them from leading the new team and are also relatively inexperienced. Captain Marvel meanwhile, if news reports are accurate, would have already been active since the 1990s. She would also have dealt with governments before (the Captain Marvel film will feature the return of Samuel L. Jackson in the Nick Fury role) and the character has been the leader of different incarnations of the Avengers in the comic books. She may not have been established yet, but Marvel still has the Captain Marvel solo film and the sequel to Infinity War – chances for them to sell the character to us moviegoers.

And there you have it, my seven big predictions for Infinity War and it’s yet to be titled sequel. Whether these will come true or not, one thing is certain – Avengers: Infinity War is sure to change the MCU film landscape.

Do you have any Avengers: Infinity War predictions? Share them with us by leaving a comment or two below!

One thought on “Seven Bold Predictions for the Upcoming Avengers: Infinity War Film”