For gamers, E3 is the best time of the year. Weirdly enough, it’s not because of what we receive during the E3 period. It’s because of the promise of a brighter future for gamers. But, of course, there’s going to be this huge questions which looms over us after it’s all over: Who won E3? Did Microsoft win? Did Sony or Nintendo? Heck, even the non-console manufacturers like Electronics Arts, Bethesda and Ubisoft have gotten into the practice of making E3 press conference shows. And PC games aren’t far behind because even they have an entire show devoted to them.

Project Scorpio becomes the Xbox One X and looks like a beast!

We already know a whole lot about Project Scorpio, Microsoft’s update to the Xbox One S. It’s a beefier and more powerful version of their current console based on the specs, but we really didn’t know more than that. Well, that is until this year’s E3 Press Conference, anyway.

The Xbox One X (XB.O.X?) is definitely going to be the most powerful console on the market when it drops in November 7 later this year. Sure, the console’s outer shell looks boring as heck, but you should never judge a book, or, in this case, console, by its cover. The Xbox One X’s bland case houses the powerful Scorpio processor (which is why they originally called it Project Scorpio) and is powerful enough to run games at 4K displays at a consisten 60 frames per second. And even if you don’t have a 4K resolution television yet, the console has the ability to somehow improve the graphics just a little more so you can get better graphics in your boring HD screens.

One of the most fascinating things I thought about the Xbox One X is actually how it’s going to be cooled. Before, all consoles were air-cooled. Essentially, they used a combination of heat sinks in those less powerful consoles and that was okay. But the Xbox One X’s advance processor requires something a little bit with more punch, which is why it’s going to be the first liquid cooled console on the market as well! 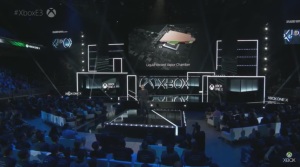 Despite this, the folks of Microsoft finally did something that they hadn’t done before: make a rather small and powerful console. No offense to the Xbox One S, but even if it is much smaller than the original behemoth that was the first Xbox One, the Xbox One X is going to be not only the most powerful console Microsoft ever put out, it’s also going to be one of the smallest ones. This is in thanks to some revolutionary proprietary power system configuration, which, if I’m being honest, sounds pretty impressive because they even named it after the guy that engineered the power supply.

Xbox One going all out with backwards compatibility

When did backwards compatibility become a thing? When did it become expected that old games should be made playable on newer consoles? Who cares? All I know it’s one of the best things that a console should have these days. Now, Microsoft has already made some Xbox 360 work with the Xbox One and that was a huge deal. And it looks like Microsoft is doubling down as they announced at E3 that they will also be making the games that came out on the first Xbox work with their latest console! 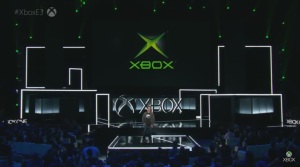 Now, there are hardly any details on how this will work. They’re probably going to use some kind of emulator like with what Microsoft did with the Xbox 360. And it’s probably going to only be a select titles that will make the jump to the Xbox One X. The only game that was announced to be part of this program so far is Crimson Skies. However, there going to be some games that I would love younger gamers to fully experience. I would love to see gems like Jade Empire and Thief: The Deadly Shadows get some more time to shine today. Hopefully, these are just a couple of the games that’ll be made backwards compatible.

How can anyone not like Terry Crews? The man’s a gigantic, muscular teddy bear with a mean streak! Seeing him show of Crackdown 3 just made me love the man even more.

Crackdown’s gameplay does look like a lot of fun and wanton destruction is always good. But, for me, it was Terry Crews introduction that sold the game for me.

Not enough gameplay videos and not enough good detailed trailers

I understand what a good trailer can do. It can increase hype for a game. It can get people interested in something they may not even know that ever existed before. It can better deliver what a developer envisions for a game better than gameplay as it can be directed and staged. But, for me at least, gameplay will always beat game trailers as I actually get to see what it’ll look and play like instead of getting some “artistic rendering” of what it should be like. And, unfortunately, we got much more trailers than gameplay this round.

To be fair, Microsoft did show some impressive games running off the Xbox One X, including Forza Motorsports 7 and Sea of Thieves. But most of the games that were shown during Microsoft’s E3 Press Conference were trailers for games. Some trailers were absolutely gorgeous, such as the second Ori game, Ori: Will of the Wisps trailer looked beautiful and tugged at my heartstrings. But the trailer didn’t really show me what the game was actually going to be like. Generally, most of the trailers didn’t hype me up. Well, there was one trailer that did: Dragon Ball Fighter Z! Because that was just awesome!

But besides that one really awesome looking trailer (which isn’t even an Xbox One exclusive), there wasn’t a trailer that I could point to and say “This is why I should get an Xbox One X.” Not only that, the games that did feature gameplay didn’t impress me a whole lot. The Assassin’s Creed: Origins looked beautiful but it was clearly set at the easiest setting. The Forza Motorsport gameplay kept on switching back and forth between two people, which got distracting really fast. The only “gameplay” that I actually thought was impressive was the Sea of Thieves promotion as, while we didn’t see all that much, at least the things they were putting on the screen were things I knew I could do in the game.

Phil Spencer promised at the start of the show that this year’s Microsoft E3 Press Conference was going to show 42 games. And they did. Sort of. I wasn’t expecting them to actually feature all 42 games but the number was a bit distracting since most of those games were indie titles developed for the Xbox systems and most of them roughly got five seconds of screentime during that montage of games that just flew by.

Granted, some of the games, like Oriris: New Dawn and Surviving Mars, looked intriguing with the short amount of time they got. And Phil Spencer technically fulfilled his promise of delivering 42 games during their E3 Press Conference. But I can’t help but feel a little cheated. Maybe I should’ve have expected more but I did. Damn you, Phil Spencer, and your charisma!

I’m no gearhead but I can see why this should have been a big deal. After all, this is the first time the Porsche 911 GT2RS was revealed to the public, and at a gaming press conference, no less. But am I the only one not impressed by this?

This should have been a big deal but… no. Sure, it’s a lovely car and all but, in my opinion, this just wasn’t the right venue. It may have been a good way for Microsoft to show the world how much Porsche trusts the Forza Motorsport team to give their brand spanking new car justice. But the announcement just fell flat.

That’s what I’m talking about!

Overall, I was just okay with this year’s Microsoft E3 Press Conference. I loved how they hyped up the upcoming Xbox One X but I know it’s just a more powerful but smaller Xbox One system. I do wish there was an exclusive that piqued my interest enough for me to actually hunker down and save up for an Xbox One, though. I just didn’t see one this time around.

What did you think of this year’s Microsoft E3 Press Conference? Are you sold on the Xbox One X? Let me know in the comments section below!

One thought on “The Good, The Bad and The Meh of Microsoft’s 2017’s E3 Press Conference”