There was a lot of hype in the gaming world when Nintendo announced they were releasing a trailer heralding their new console, the Nintendo NX. There were a lot of rumors swirling around their new product and what it was going to look like. And when Nintendo did put up their trailer for it, now officially named the Nintendo Switch, a lot of people’s minds were blown!

There’s no doubt the Nintendo Switch looks incredibly cool. The announcement video showed what the console can do with great aplomb. It deftly showed off the console’s ability to switch (pun intended) from home console use to a truly portable experience. It featured the new Joy Con controllers, which you can detach from the system and that you can share one of them with another person. It showed how you can just remove it from the docking station and take your gaming session on the go without a break from the action. It looked great.

The Nintendo Switch trailer made the console look like a must buy, myself included. However, after all the hype died down and I rewatched the trailer several more times, I’ve come to realize there are a few important questions and issues that Nintendo has to tackle before I decide to actually purchase it when it drops in March of next year. Here are just some of these questions I have.

This is probably the biggest question and is probably on the mind of everyone who saw the trailer. Nintendo has always been the king of portable gaming and it does look like the Switch is going to capitalize on that fact. The Nintendo Switch is essentially a home console that you can take on the go. So, it’s only logical for us to ask how long the console will last on one charge. But there’s a lot more battery packs you have to think about based on the video. There’s also the battery life of the Joy Cons themselves. 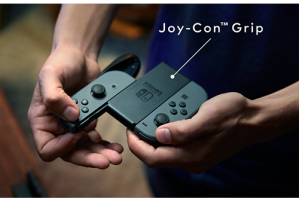 And the Joy Con Grip as well

As the Joy Cons are wireless, they obviously need a separate battery to power them up. So, not only do you have to be concerned with the actual console’s battery life, you also gotta make sure your Joy Cons are all charged up before a trip. I guess that issue can be alleviated if you keep them connected to the Switch. But wouldn’t that mean you’d be charging up those controllers up and sucking up some valuable gaming juice out of the Switch itself?

While we’re on the Joy Cons…

2) The Joy Cons look rather problematic

I would say I have average sized hands but, is it just me or do the Joy Cons look incredibly painful to use? They look okay and actually comfortable to use if you use the Joy Con Grip (looks terrible but functional) or when they’re attached to the sides of the Switch. But using them in on their side, it looks like you have to scrunch up your hand in a weird uncomfortable positions just to get proper access to their buttons. This looks more problematic on the 2P side as the analog stick is in the middle! 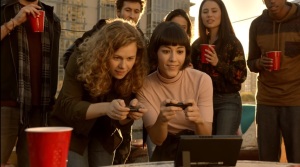 The girl on the left is actually wincing in pain because of the way her hands are cramping up.

Also, they have to lock in place very securely as you gotta be able to move around with it without the screen just sliding out. But, at the same time, you don’t want them to be too tight as you need kids to be able to detach them as well. There’s also the foreseeable problem of you actually losing them while on the go. Would it be possible to purchase individual 1P and 2P and pair them with your Switch console? How about third party Joy Cons? Will those be available?

3) The probable lack of a touch screen

Although Nintendo has or has not confirmed the Switch will or won’t have a touch screen, I’m predicting it won’t. It’s a bold claim, I know. But, by watching the trailer, there is a clue that backs up my hypothesis: The Nintendo Switch Dock.

During several points in the trailer, they showed the Switch’s ability to stuff the console screen portion into the Dock, converting the portable device into a home console. Pretty neat… but this does mean that you don’t have access to the screen anymore at this point as the Dock covers up the screen portion of the Switch. This means that, when it’s in “home console” mode, you don’t have access to the screen.

If it was a touch screen, then there would be some games that you couldn’t play unless you take the Switch on the go… or unless you want to walk around the house with it in “portable” mode. I don’t think Nintendo would be stupid enough to approve some games that will be for “home console” and/or “portable” mode because that’d be confusing. And, if it was a touch screen, why would they make the screen inaccessible when the unit is docked?

By the way, the Joy Con Pro looks dope!

This isn’t really a huge problem as you don’t really need a touch screen to be a good gaming console but it is a niggling issue as Nintendo foregoing a touch screen looks like a step backwards in the realm of mobile gaming. Being a portable system means that Nintendo’s main competitor isn’t actually going to be Sony’s PS4 or Microsoft’s Xbox One. No, their primary adversary would be smartphones and other mobile devices. Some potential customers may find the lack of a touch screen as a reason to skip out on the Switch.

And while we’re talking about the Nintendo Switch Dock…

4) How necessary is the Dock

I get the Nintendo Switch Dock’s main purpose is to connect the system to your television and presumably a charging station. But what other secrets does it hold? 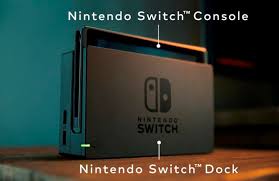 Looking at pictures of the Dock, there are possibly two USB ports neat its rear. So, does that mean you can connect things like flash drives or hard drives to it to back up game data? Does it actually have a hard drive built in? Will you need it to connect online? Does the Dock have an additional CPU that will boost the Switch’s processing power so that it can be as powerful enough as the PlayStation 4 or Xbox One? Heck, do you even need the Dock if you’re not going to use the Switch as a home console? There are so many questions!

Nintendo actually promised that they will have a huge lineup of third party developers and publishers for the Switch. To prove this, the House of Mario threw up an image showing all of the third party companies that will support the Switch. The list is impressive with big names like UbiSoft, Bethesda, Activision, Capcom, Square Enix, EA and… Konami? 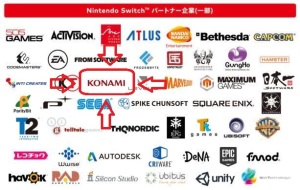 On a side note, #fuckonami

The list looks very extensive but what would’ve been more impressive is a list of what are the actual games the Nintendo Switch is going to get from these third parties. The trailer featured a lot of Nintendo made games like Splatoon, Legend of Zelda, Mario and Mario Kart. On the other hand, it only gave us a glimpse of gameplay for games like Skyrim and possibly a version of NBA 2K17. So far, the only third party games are Dragon Quest X and XI from Square Enix, Just Dance from UbiSoft, Project Sonic 2017 from SEGA as well as several games like Rise: Race the Future, Riverside and Tank It! from smaller developers/publishers. No mention of bigger games like the recently released Red Dead Redeption 2 or the long awaited Mass Effect: Andromeda.

We all know Nintendo makes fabulous games but we will need more than just Nintendo games to fill out the Switch library to make it a real gaming console worth our money. And with the console’s launch date closing in just 5 months, they better show us more games soon.

Of course, Nintendo will be revealing more stuff about the Switch in the future leading up to the console’s launch in May. Hopefully, the House that Mario built will be able to answer all of the above questions by then.

What are some of the possible issues and mysteries you can think of regarding the Nintendo Switch? Let me know in the comments below!