The Marvel fan deep inside me snickered at the negative reviews that Suicide Squad received, but the comic book movie fan in me was very disappointed with the film. It had the ingredients to be a really awesome film but audiences generally agree that it did not live up to the hype that it managed to build. I was actually looking forward to seeing this in theaters, and there was a point while watching the film when I questioned all the negative reception that surrounded it. But then I got to the second act and I understood what everyone was talking about.

I know it’s an exercise in futility since the film has already been made (and it’s not like I have the ears of anyone in Warner Bros. that has the power to make changes to the film),  but I want to look at how Suicide could have been improved to assess how bad it really is. Because, despite the disappointment, I don’t think Suicide Squad is Transformers-level bad. To prove it, I’m limiting myself to three suggested changes to the film.

I’ll be talking about specific details of Suicide Squad – that means spoilers. So if you haven’t seen the film yet, you might not want to read on. Maybe check out our spoiler free review instead? Final warning – spoilers from here on out.

A lot has been said about the choppy editing, the underdeveloped characters, or the reshoots that was done prior to the films release, but I think the biggest problem that Suicide Squad had is the general plot. Let me summarize how I saw it: Enchantress became pissed at Amanda Waller so she used her immense power to briefly escape and set her long dead and equally powerful brother (Incubus) free, free to do some generic evil so that he could recharge his powers for later use. Waller then sends Rick Flag and Enchantress to stop the said brother, which fails miserably because Enchantress turns against them. Waller stabs Enchantress’ heart in response, but for some reason Incubus was able to revitalize Enchantress despite it. Enchantress, despite her immense powers, decides to build a generic world ending “machine” because humans are now worshipping machines instead of them. 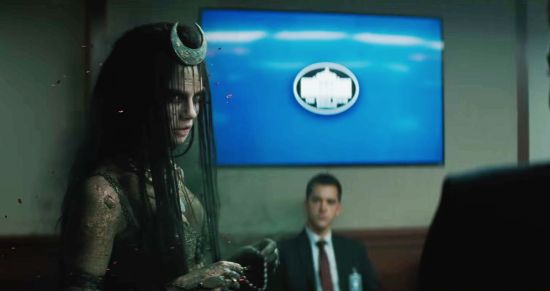 She didn’t have to be the main villain. Not yet, at least.

While building the machine, Task Force X (how the Suicide Squad was referred to in the movie) is mobilized. Not to stop the Enchantress, mind you, but to extract some sort of VIP, which turns out to be Amanda Waller herself who is in the same general area that Enchantress and Incubus are because “coincidence”. Waller gets abducted so that the Enchantress can get her heart back so the Suicide Squad ends up fighting her to rescue Waller. Huh?

There are a lot of flaws here, but I’ll focus on the most glaring ones. The Suicide Squad was assembled to deal with metahuman threats, like a Superman gone bad. But did they really have to be pitted against a Superman-level opponent right away? Because they had to face the Enchantress we had to deal with a lot of things that don’t make sense like her minions – why did she need to have minions, aside from giving the Suicide Squad members opponents to fight? Avengers: Age of Ultron had the same issue with all those Ultron drones and this was much worse here.

This also resulted in a facepalm-inducing final fight wherein most of the Squad members really wouldn’t be able to do anything. Seriously, didn’t anyone else question why, with all of her powers, the Enchantress decided to fight the Squad hand to hand? Why she even needed to build a “machine” in the first place? She needed to build a machine so that the Suicide Squad can blow it up, because they wouldn’t be able to do anything against her otherwise. And don’t get me started on how Incubus was defeated.

My knowledge of DC lore is not that vast and I want to give a suggestion that makes use of the existing elements of the film, so here’s how I would have scripted this: After seeing how Amanda Waller is able to control the Enchantress, one of the government officials would hatch a scheme that would allow him to gain possession of her heart. He would then use the Enchantress to further his own nefarious plans. As a response, Waller would send the Suicide Squad on a mission with two objectives: to retrieve the enchanted heart and to assassinate said government official.

Now doesn’t that make for a plot that makes more sense? Not only will the Suicide Squad have a mission that’s closer to being covert and black ops than a public world ending event, each member would be in situations that fit their power sets better. Threats don’t have to be world ending ones to make for a compelling superhero movie, being a potential world ending threat can be enough of a draw (see Ant-Man and Kick Ass for examples).

I’m sure other DC fans can come up with even better storyline suggestions – if you’re reading this and you have one, leave a comment below!

I loved the moment when Captain Boomerang abruptly left after Rick Flag sets the Squad members “free”. Not only was his sudden unexplained reappearance jarring, it was disappointing. Captain Boomerang was irrelevant to the plot at that point, why keep him hanging around? It would have been fitting for his character to leave. And don’t give me that “he’s a boomerang so he came back” reasoning, please. 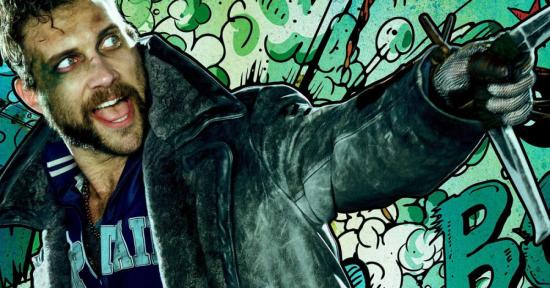 You shouldn’t have gone back, mate.

He’s one glaring example of how the Suicide Squad members weren’t behaving like villains. Another involves Joker’s rescue of Harley Quinn. First off, Harley attempted to escape and leave Deadshot despite their earlier deal about her “friend” helping him out too. She just betrayed him, and he had the opportunity to kill her. Why didn’t he? She just betrayed him! Is it because he doesn’t kill women and children? So following that logic, Deadshot wouldn’t be able to take a shot at the Enchantress as well?

Harley’s return to the Squad was also confusing. Sure, she’s not exactly sane and logical, but the Joker got killed because Waller had his chopper shot down. It would have been great if we were shown that Harley went back so that she could exact revenge on the woman who just had the man she’s so obsessed with killed. (And don’t tell me that she knew he would still be alive, because she seemed pretty distraught when the Joker went down with the helicopter).

One more thing – the Squad members seemed to get along real well with each other, with minimal conflict arising between them. Even the Avengers kept fighting amongst themselves – why would selfish, screwed up individuals work so well together? That was a bit hard for me to swallow, especially at the end when El Diablo suddenly saw the Squad as his “family”.

Use Characters That Would Serve a Purpose in the Story

The last glaring flaw that I saw in Suicide Squad is on the character selection. I feel like the film’s producers just talked about which Suicide Squad members were fan favorites and wrote a story that would feature them, rather than write a Suicide Squad story and decide on which characters would fit in it. Killer Croc and Katana stand out to me for this reason. Let’s put this to the test – if you take Killer Croc and Katana out of the film, would Suicide Squad play out any differently? Heck, Harley Quinn’s inclusion felt like Warner Bros. trying to get more audiences interested in the film by attracting Batman fans. I would limit the characters to only those who would be relevant to the overall story, which would give me more time to develop them. Guardians of the Galaxy did this by limiting the team to five members who were all important to the story that Marvel wanted to tell.

And those are the three things that I would have changed with Suicide Squad. Suicide Squad wasn’t a terrible movie, it just had a few glaring flaws that made the entire film less palatable.

What do you think about my Suicide Squad ideas? Do you have other suggestions? Let us know by leaving a comment or two below!