So I’ve seen Star Trek Beyond this week with an open mind, considering the fact that J.J. Abrams has decided to pass the conns over to Justin Lin. I understood well and good the reason why Abrams chose to leave Trek in favor of Star Wars, and I think it’s pretty evident how this paid off. However, it was a tad too trivial for me that he’s letting Justin Lin, well-known as the director of most Fast and Furious movies, take over the franchise, which has been exceptional since Abrams sort of “reboot” the series. I mean I didn’t care much for any of the Trek movies pre-Chris Pine’s take on Captain Kirk, but most of what really got me interested in Trek is Abrams vision for it, the whole package– from the actors, to the music, to the universe that he wanted to create, and how it relates to whatever precedes it. So having a director, seemingly quite new to the genre, seems to me but an utter risk I couldn’t shake off my head especially now that I’ve learned to love the series. I’ll tell you as early as now: Worry not. Lin is more than able. In fact, he didn’t stray far from Abrams’ vision, so that is good news!

All that said, here’s 5 good reasons why you should see Star Trek Beyond. I tried my best not to mess with spoiler territory so you’ll be good to read this through and through even if you haven’t seen the movie yet.

1. There is a very heart-warming nod to Leonard Nimoy 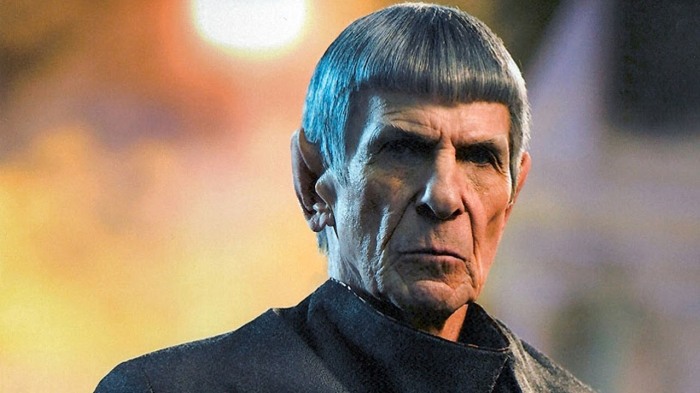 Leonard Nimoy is Spock, even if Zachary Quinto’s portrayal of the character is spot on. In Beyond, there is a very heart-warming nod to the greatness of Nimoy’s Spock, to the point that it has become a deciding factor for Quinto’s Spock’s future, or how he wanted it to be. One of the coolest things that Abrams was able to develop for this generation’s Trek is allowing the previous generation interact with this new one, and Spock’s dialogue with Spock Prime at the end of Into Darkness still remains a remarkable way of bridging these characters into one universe. It is just but right to give the character that made Star Trek popular a proper send off.

2. I know the story happens in space, but it is relatable. 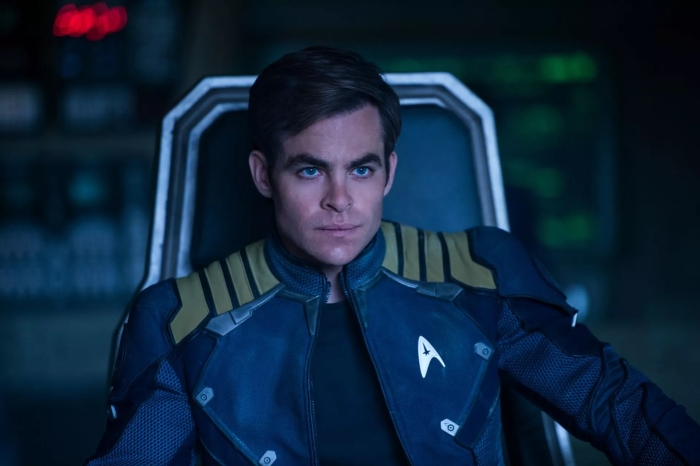 It is true that there is certainly 0% chance that something like what transpired in the movie would happen in our real lives, but our captain’s dilemma is quite common to common people: routine. What do you do when you’re already bored of what you’re doing? What do you do if nothing extraordinary is happening? What do you do if you’ve gotten tired of living a life repeated day in and day out? There’s quite a good take-away towards the end of the story that hits home in terms of how people should deal with the excitement of living a life of routine.

Sure J.J. Abrams may have left the bridge, but Michael Giacchino’s music is much more recognizable here than in Into Darkness. I thought that much that made the first Star Trek very special are the themes that Giacchino was able to incorporate into the scenes in the movie, and still be able to inject a few vintage Star Trak riffs from the past– pretty much how the story is intertwining the old and new generation. Although I didn’t notice any new tracks, I sort of missed Labor of Love (track that played while Kirk’s mom was in labor) , which was absent on Beyond and Into Darkness (I think). But since Trek 4 could be a possible reunion of Hemsworth’s Kirk and Chris Pine’s, it is just but possible that we’d be hearing it again. All the same, Giacchino’s music made Star Trek Beyond enjoyable.

Now a year older than his father when he died, James T. Kirk wonders if he ever would live up to the legacy that his father has left, or whatever his legacy to the future generations are going to be. The character here has matured and gone are those playful days where we see the captain fooling around and acting out on dares. He now has a sense of leadership about him that his crew respects. But even behind that, he does question himself, and I think he’s quite a little too concerned about what his mark will be for the generations to come. There is a very important decision he needs to make that could very well determine the future of his crew, and it was sort of bittersweet what they have to go through for him to be able to decide what he actually wants towards the end of the film.

You can easily tell that Karl Urban enjoys his role well in the Star Trek universe. He’s a funny guy, always sensible, and next to Spock in terms of being “logical”. In fact, his dynamics with Spock played out really well in this movie, it might as well be the comic-relief of the bunch. And that’s saying a lot considering Simon Pegg is in the movie too. I think what really carries his character through is his unwillingness to do anything remotely related to his field, but has no choice but to do it anyway. It is fun to watch on an actor who has played Eomer, Son of Eomund, and Judge Dredd. You can tell he’s really having fun.

Although J.J. Abrams still hasn’t decided whether to recast Anton Yelchin’s character, it’s still very sad to know that he will no longer be a part of upcoming Trek’s considering how well he played Chekov’s character. Here, he was mostly in the background, but there was a simple, yet heartbreaking mid-credits dedication to the actor who’s just gone too soon. We’ll still see him in some projects he’s finished but it was sad that it is unlikely that we will see Yelchin rockin’ that Russian accent on the bridge.

7. Finally, it was just that good!

I didn’t expect much from Justin Lin, but he did really well on Star Trek Beyond. The film isn’t without flaws, but you get Simon Pegg to co-write the story and Lin direct an action-packed space exploration adventure and you get a really good movie. My fear for this film is that it would be more like the Fast and Furious movies having Lin directing, not that those movies are bad, but I just couldn’t translate that kind of action to Star Trek. Fortunately, the film came together very well, and even that bombast we are used to seeing in car races in the F&F movies even seemed appropriate. I would have to say that the first Star Trek movie that came out on 2009 still remains the best of the three. Nevertheless, this is a great addition to the franchise and very good sign that there will still be a lot of exploring to do in the future.

Have you seen Star Trek Beyond? Did you like it? Let me know your thoughts at the comments section.