So, last week, I talked about which side I ultimately sided with in Captain America: Civil War. I finally submitted that I was a member of Team Captain America. I had to pick his side as I believed more in what his team stood for, even if his group was fighting against Iron Man’s new recruit, Spider-Man. But wasn’t it amazing that Marvel and Sony actually worked together to get the Wall Crawler into the film?

That really got me thinking. What if all of the movie studios who are licensed to make Marvel characters actually got together like this? What if they actually made a Marvel universe that included all of them? Oh, it seemed like a pipe dream before but, with Spider-Man in a Marvel/Disney film and Iron Man/Tony Stark slated to appear in Sony’s Spider-Man: Homecoming, it seems totally possible now! In fact, I think all the movie studios should do it, not only for the fans, but for them to make big bucks!

So, let’s break it down a bit. Marvel actually sold a lot of their popular comic franchises like the aforementioned Spider-Man, The Incredible Hulk, Blade, X-Men and the Fantastic Four to Sony, Universal Studios, New Line Cinema and 20th Century Fox so they can make movies based on them. This was also true for other heroes like The Punisher and Captain America at one point apparently, because crap like this happened…

Anyway, Sony and 20th Century Fox managed to pull off some okay movies based on the Marvel properties they got. The Raimi helmed Spider-Man series were decent enough and the non-yellow wearing spandex X-Men movies were hit-or-miss. But they’ve also produced a lot of stinkers, such as every big screen Fantastic Four film.

While this was happening, someone at Marvel took a look at the characters that weren’t tied up in movie licenses (like Iron Man) as well as the ones that were returned (such as Captain America) and realized the company had all of the characters to create an Avengers movie. But they didn’t just make one Avengers movie. No, they took a gamble and decided to give each character their own film that would lead up to when there was a huge enough threat and Earth’s Mightiest Heroes were going to be needed to take it down. And we all know what happened then!

Ever since Marvel started to rein at the box office, the movie studios that do hold Marvel characters have tried to duplicate it to varying degrees of success. Sony tried to hint at what was coming in their Amazing Spider-Man reboot. The X-Men franchise has survived for many years but have yet to receive the critical acclaim the Marvel films have received. And the Fantastic Four… well, the less we talk about that, the better!

Now, the biggest problem Sony and 20th Century Fox have is actually within their ranks. These studios are still headed by the “traditional” thinking movie heads that can’t seem to let go of their old ways. They usually aren’t the most forward thinking group of people which is why they got caught off guard by Marvel Studios success and the entire concept of a Cinematic Universe is pretty inconceivable to them.

Also, for some strange reason, they’re not satisfied with making some money. They’re more interested in making all the money! What I mean by this is that they want to be the only one to profit and not let any one else share in their success. This results in their inability to let got of unprofitable franchises. They will hold onto them even if they’re going to lose money just so no one else can use them. This is probably one of the reasons why the fourth Fantastic Four film flopped. 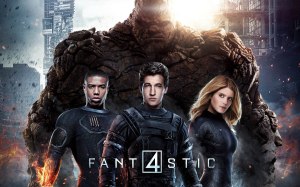 But that’s not the only reason why movies like Fantastic Four are bad. It’s because they love interfering with the production of these movies. You can’t really blame them in a sense. After all, they are footing the bill to get these films made in the first place. However, the studio heads should also learn to get people who love superheroes to take control and let them lead! There will be those exceptions like Christopher Nolan who made the excellent Dark Knight trilogy. But he’s one of the few exceptions to the rule.

This is precisely why I loved what Sony did when they brokered that deal with Marvel Studios to let Spider-Man in Captain America: Civil War and are going to let the people behind the Marvel Cinematic Universe take the reins of Spider-Man: Homecoming. The Spider-Man that we saw in Civil War was probably one of the best renditions of the Wall Crawler on film. The suit was perfect. The comedic timing was spot on. The way he moved around was fantastic. It was undoubtedly and undeniably Spider-Man! 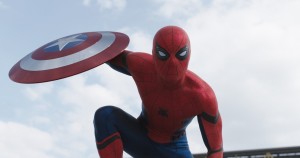 Before Civil War, people were already groaning about Sony’s Sinister Six and next entry in The Amazing Spider-Man film series. No one really wanted another entry for that series. But after Marvel reintroduced Spider-Man in Civil War and gave us a taste of what Spider-Man: Homecoming would be like, people can’t wait for the film!

So, if Sony can swallow their pride and share the glory with Marvel Studios, why can’t 20th Century Fox do the same? It’s probably impossible to reboot the X-Men series but I think someone creative enough can manage to work with it. And I think it would be beneficial for Fox to admit defeat and give creative control of the Fantastic Four to the folks at Marvel. They’ve had four tries at making a good Fantastic Four film and they’ve failed every time. Let the people who know everything about the Fantastic Four get a crack at it! 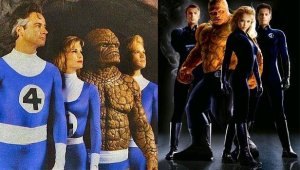 One is slightly better than the other

I’m not expecting them to let go of the franchise, of course. What I’m suggesting is that Fox go the same route of Sony. Let Marvel Studios work on the film and then distribute it themselves. Also, they should be as hands off as possible or, if they can’t resist, have someone familiar with the comics consult with them to see if production is going swimmingly and looks good.

There’s also the additional benefit of being connected with one of today’s largest movie franchise: the entire freaking Marvel Cinematic Universe! Each and every project tied with the Marvel Cinematic Universe will be covered intensely because everything about it has been, at the least, good. Even the worst of the Iron Man movies, Iron Man 3, was met with generous praise! Who wouldn’t want to be connected with something that’s known to always produce good stuff!

All-in-all, my dream of having all the movie studios holding Marvel licenses coming together and creating one “ultimate” Marvel Cinematic Universe would be a win-win situation for everyone. Odds are, fans would be getting high quality superhero movies. And there’s no way Marvel would let the quality slide now. And Sony and Fox can just rest on their laurels and let Marvel do all the work for them.

Besides, what’s the worst that could happen? 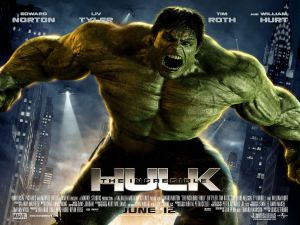 This is actually distributed by Universal?

Even this movie wasn’t all that bad, right?

Well, enough about the Marvel Cinematic Universe! What about DC’s movie world? Well, it doesn’t look good! And I’ll give my thoughts as to why it’s not working out too well for them… next time!

What do you think is the possibility of getting an “ultimate” Marvel Cinematic Universe? Let me know in the comments section below!

One thought on “Episode 154: I Have a Dream For an “Ultimate” Marvel Cinematic Universe”