As a big fan of the Super Smash Bros. franchise, I’ve been looking forward to the upcoming announcements regarding the new DLC characters for this game especially since it’s been two months since Nintendo closed that Smash Bros. Fighter Ballot that they ran this year. Even as a big fan, the reveal that Final Fantasy VII’s Cloud Strife is joining Super Smash Bros. as a fighter just blew my mind. Why is Cloud’s inclusion in Super Smash Bros. significant?

Cloud in a three-way with Mario and Samus. What did I just say…?

On the surface, Super Smash Bros. owners who purchase the Cloud Strife DLC isn’t just getting the character but also at least one stage (what looks like Midgard) and the accompanying Final Fantasy soundtrack that goes with it. Super Smash Bros. already boasts of a great collection of classic video game music but any Final Fantasy tracks will definitely be good additions. I’m not sure if anyone’s realized this already, but Cloud being in Super Smash Bros. means that we’re sure to see an amiibo figure of him. I’m always excited about amiibo figures because of the potential of them being usable in different games, such as how the Mega Man Super Smash Bros. amiibo can also unlock hidden features in the Mega Man Legacy Collection that’s coming out next year. 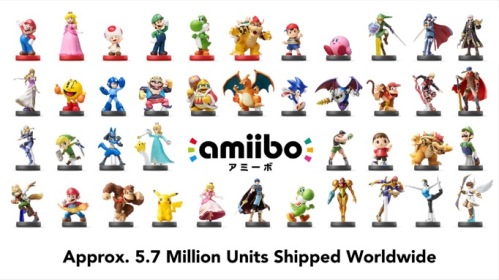 All Super Smash Bros. fighters have their corresponding amiibo figure, even the DLC ones.

Going deeper than this, I’m more excited about how Cloud addition brings Super Smash Bros. into another level. The Super Smash Bros. franchise was initially known as a collection of Nintendo’s most popular characters, some of which aren’t very popular at all. Slowly though, Nintendo has been able to include non-Nintendo characters that are actually popular, starting with the inclusion of Sega’s Sonic the Hedgehog and Konami’s Solid Snake in Super Smash Bros. Brawl for the Nintendo Wii. This iteration of Super Smash Bros. initially had the returning Sonic plus Namco’s Pac-Man and Capcom’s Mega Man. Some time this year, Capcom’s Ryu from the Street Fighter series came out as DLC, and now we’re getting Cloud Strife.

Let’s go by that list again and include a few of Nintendo’s A-List characters: Mario, Link, Pikachu, Ryu, Sonic, Pac-Man, Mega Man, Cloud Strife. That’s quite a collection of video game icons, wouldn’t you say? Super Smash Bros. is turning out to be a real battle royale of not just video game all-stars, but video game icons. Who else is going to be a part of this game? I can’t wait.

Going beyond Super Smash Bros., I’m also interested in how this arrangement came about. Did Nintendo make this decision based on the results of the fan ballot? Because I don’t recall seeing Cloud Strife’s name among the responses when I skimmed through different message board threads about this.

One example of independent online survey results showing who people want to see in Smash Bros. – note that Cloud is not in the 3rd Party Characters section.

Is Cloud’s Smash Bros. inclusion part of some sort of deal between Nintendo and Square Enix? Square Enix, then known as Squaresoft, used to make games exclusively for Nintendo consoles, creating such classics as Chrono Trigger, Sword of Mana, and of course the first couple of Final Fantasy games. This changed when Sony brought out the Playstation which became the console of choice for Squaresoft, releasing the most of the main entries in the Final Fantasy franchise on Playstation consoles. While the connection wasn’t severed completely, things were never the same between Squaresoft/Square Enix and Nintendo.

I’ve got a strange feeling about the current Nintendo/Square Enix relationship. This was initially triggered when Square Enix announced that they will be releasing a remake of Dragon Quest X and a version of Dragon Quest XI on Nintendo’s NX which is still in development. They’re actually the first developer to make such an announcement; even Nintendo themselves have yet to announce any of their games for the new system.

Combine this with the inclusion of Cloud Strife in Super Smash Bros. and I can’t shake the feeling that there’s something bigger involving Cloud in the horizon. I mean, of all the characters that Square Enix could loan to Nintendo, why Cloud Strife? Why not Sora from Kingdom Hearts who actually has games on Nintendo consoles? Or Crono from the SNES classic Chrono Trigger which also came out on the Nintendo DS? Yes, Final Fantasy Explorers is going to be released to Western audiences next year for the Nintendo 3DS and Cloud is in it in some capacity, but is this all to this?

My big theory is that Final Fantasy VII is also being developed for Nintendo’s NX. But this theory of mine has no real basis yet and is probably unlikely so I’m not going to make that much noise about it. But again – I can’t shake off the feeling that there’s more to Cloud being included in Super Smash Bros. than meets the eye.

One final reason why Cloud being in Super Smash Bros. is quite significant to me involves a rivalry that is probably not popularly known or has been long-forgotten already so let me go through the history of this real briefly. GameFAQs (GameFAQs.com) does this annual poll involving video game characters (and sometimes video game franchises or titles).

Most of these polls were called Character Battle and I was actually participating in the first ever Character Battle that took place in 2002. I was rooting for the eventual winner – Link, who eliminated Cloud’s nemesis Sephiroth in the semi-finals. Link himself was eliminated by Cloud the following year, and since then there’s been this rivalry between Link and Cloud in these GameFAQs polls:

Link (or his franchise, The Legend of Zelda) usually comes out on top, but I’ve never been able to wash the taste of him losing The Great GameFAQs Character Battle II in 2003 away completely. Link winning Character Battle III, the Tournament of Champions, the first Battle Royale, Character Battle VIII… these aren’t enough. This kind of loss is personal and should be settled in a different way…

Link VS Cloud, no items, Final Destination. Yes, this kind of vendetta can only be settled in Smash.

What do you think about Cloud being included in Super Smash Bros.? Tell us what you think by leaving a comment or two below.

2 thoughts on “The Significance of Cloud’s Inclusion in Super Smash Bros.”