I don’t know many comic book fans who are also fans of the Fantastic Four movies. I guess I can sort of see where they’re coming from. That movie and its sequel, Rise of the Silver Surfer, was met with derision from fans of the Marvel comics as well as critics. Oh, and people who like good movies. But what if I told you there was a Fantastic Four film that was created before those movies were released? Yes, there actually is a movie based on the Fantastic Four way back in 1994.

Oh, you’ve never seen it? Well, not many have, seeing that it may have been made just to keep the movie license for the characters. Stan Lee was even reported attesting to this fact. Nevertheless, the entire film managed to get leaked to the public. But was it really that bad?

First, let’s talk about the plot. It tells faithful origin stories for the characters. Reed Richards, Ben Grimm, Sue and Johnny Storm are struck by cosmic rays during a space mission. This mishap gives them their superpowers. Reed is now Mr. Fantastic, with the ability to stretch. Ben becomes The Thing and is given super-strength and rock-like skin. Sue Storm can now turn invisible, dematerialize and create force fields and is called The Invisible Woman. Johnny Storm can now control fire and calls himself The Human Torch. They also adapt the nickname The Fantastic Four, which Sue and Johnny’s mother used to call them.

Even Doctor Doom’s origin is true to the comics. When they were younger, Reed and Victor Von Doom are friends and try to capture cosmic rays to harness as energy. However, an accident (really, Reed? Two of two in the accident column?) supposedly kills Victor. However, he actually survives and blames Reed.

So, that’s a point in favor for the film. However, the overall plot is just a jumbled mess! They have this guy called the Jeweler who steals a diamond that is critical for the 2nd attempt to capture cosmic rays. He also has a crush on Alicia Masters, the blind sculpture, who he kidnaps to try to make her his bride… honestly, I don’t know why he’s in the movie in the first place! He’s totally not needed in the story since you can just rework it it such a way that he’s not even mentioned! 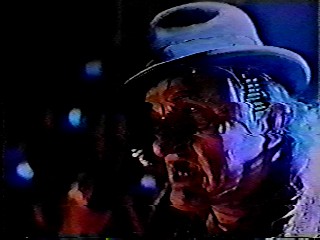 Was he even in the comics?

Curiously, the Jeweler is one of the better actors in the film! Beside him, the only one who does a passable performance in the guy who portrayed The Thing in the rubber suit. He didn’t overdo or underperform; while his acting wasn’t Oscar worthy, at least it was okay. The rest of the cast do terrible jobs in the acting department! The worst actor of the bunch would have to be Doctor Doom. He just moves around too much and actually pantomimes each and every bit of dialogue he has!

Speaking of The Thing and Doctor Doom, I actually think their costumes look good… for a 90’s superhero movie anyway. Most of the costume and set designs definitely don’t hold up to today’s standards. The use of special effects are just bad; the scene where The Human Torch starts flying around looks extra terrible! However, the use of practical effects and simple camera tricks like double exposures may look laughable, especially if you compare them to modern movies but I do appreciate their use. 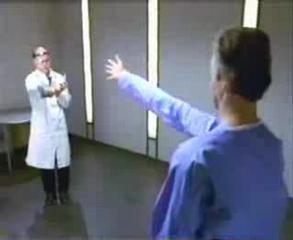 The music is just… well, I don’t know. It’s hard to put into words. Sometimes, they’ll play music in the background and it’ll just distract from the scene. There were points when I felt they were all going to break into a song number! There are other scenes when you feel that a simple background tune would help the mood but they never play any!

Comparing it to the more recent Fantastic Four films (which are awful in their own right), this one is a much worse film. Strangely enough, not by much. The 1994 version looks like a very low-budget film and didn’t get much respect and, because of that, I felt that I could give it more slack than the big budget Fantastic Four films. It’s still a bad movie though but it’s a bad movie that’s a lot of fun if you love bad movies. Straight out campy and cheesy and just a blast to make fun of. 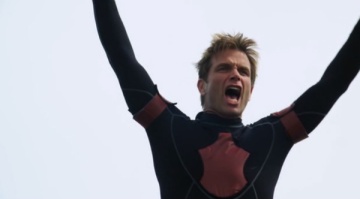 If you’re curious and want to watch this abomination, you can watch the entire thing (including the “trailer”) by clicking here or you can watch it right below!

What’s the worst superhero movie you’ve ever watched? Leave your answer in the comments section below!