The dust has yet to settle but we already know that Justice League, the DCEU’s big team up film, will fall short of the expected box office earnings. Critical reception for Justice League, while better than Batman V Superman’s, remained mixed-to-negative.

A lot people have speculated on what caused what is supposedly the DCEU’s premiere feature, but I think we can point to three main root causes on why the DCEU is not as successful as the competition.

Using Man of Steel as the Foundation for the DCEU

A big part of the DCEU’s problems stem from the beginning, so let’s take a look back to the time that Man of Steel was being produced. Around 2008-2009, Warner Bros. started considering a reboot of the Superman franchise because Superman Returns (the counterpart of Batman Begins) bombed. The comic book movie landscape was quite different from what it is today: Marvel Studios was still building momentum, the world had yet to see The Avengers (wasn’t released until 2012), and Warner Bros. was riding high on the success of The Dark Knight.

Once Nolan’s Dark Knight trilogy wrapped up, Warner Bros. set their eyes on the Superman reboot that was based on the concept that David S. Goyer, Batman Begins screenwriter, pitched to Nolan during the production of The Dark Knight Rises. Nolan recommended Zack Snyder due to his work on the 300 and Watchmen film adaptations, and the rest was history.

The problem with Man of Steel was how it was originally conceived – it was meant to be the start of a self-contained film series, essentially a version of Nolan’s Dark Knight trilogy but featuring Superman instead. If you look at Superman’s character progression in Man of Steel, his growth has yet to be completed by the end of the film – similar to how Bruce Wayne’s arc spanned across three movies. Superman had yet to become the symbol of hope and inspiration that he is known to be. Nolan said in an interview:

“A lot of people have approached Superman in a lot of different ways. I only know the way that has worked for us that’s what I know how to do,” Nolan said, emphasizing the idea that Batman exists in a world where he is the only superhero and a similar approach to the Man of Steel would assure the integrity needed for the film. “Each serves to the internal logic of the story. They have nothing to do with each other.”

I think Superman would have eventually grown into the role had Zack Snyder been allowed to follow through on the original concept for the Man of Steel franchise. Which leads us to the next misstep…

Rather than do a proper Man of Steel sequel, Warner Bros. went ahead with Batman V Superman: Dawn of Justice. I don’t necessarily disagree with the idea of having Batman and Superman in the DCEU’s second film – the approach actually makes a lot of sense. Batman is one of the most popular superheroes and Nolan’s Dark Knight trilogy was still quite fresh so doing a Batman reboot wasn’t necessary.

The problem was, Warner Bros. overstuffed Batman V Superman with a lot of unnecessary material. An amazing film could have been had with just Clark Kent, Bruce Wayne, and Lex Luthor – focusing on the similarities, differences, and the resulting conflicts between the three characters could have been used for developing their characters. Instead, what we got was the rushed introduction of the future Justice League members, unnecessarily shoehorning Wonder Woman into the mix, and using up the Doomsday/Death of Superman card too early. And at the end of the film (even counting the Ultimate Edition), the problem with Superman remained – he still has not grown into the Superman that we expected. 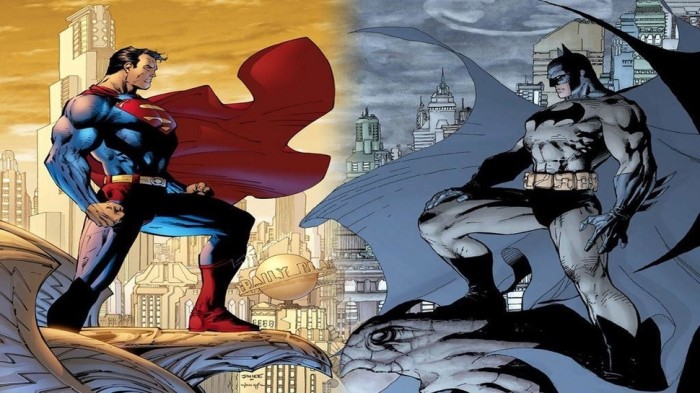 Batman and Superman are different kinds of heroes, but both are necessary to the DC Universe.

Was the run time of Batman V Superman better used on introducing Wonder Woman and the rest of the future Justice League members? Should it have been used instead to flesh out both Superman (who needed to resolve his internal conflicts) and Batman (who was slowly losing his way due to personal tragedy)? I would have loved if we were shown both a Superman and Batman who learned that they alone cannot solve all of the potential problems of the world; that Batman’s approach would be effective in some situations, and Superman’s in others. This would, in my opinion, be a much better build up to Justice League wherein two of DC’s biggest heroes uniting would inspire others to join them.

Instead of focusing on Superman’s growth as a character, Warner Bros. forced a fist fight between Bats and Supes that ended with Supes dying meaninglessly. He never had the chance to resolve the internal conflict and self-doubt. Did we really need Doomsday at this point? What could have been a big movie in the future instead became the third act of the DCEU’s second film because…

Warner Bros. Tried to Catch Up with Marvel Studios

Anyone who says that Warner Bros. did not rush the DCEU is being intentionally obtuse because they obviously were. Let me go through all the proof. In one of the many podcasts and Youtube shows that I listen to and watch, someone pointed out that Justice League is the only the fifth film in the DCEU and The Avengers was the sixth film, so Warner Bros. was just following Marvel Studio’s pacing for Phase One. But it’s not the number of movies that we need to look at. How many of the prior four films were solo movies? Did Suicide Squad help in building up to the Justice League film? Rather than releasing Suicide Squad, we could have been given the Aquaman solo film first. At least by then, movie audiences would be familiar with not just two, but three of the heroes being featured in Justice League.

Justice League itself was rushed. Just look at the plot – we have a villain in Steppenwolf who wants to terraform the Earth so the rest of his people can take it over. Doesn’t that sound familiar? That’s the same exact plan that General Zod had in Man of Steel! Why did Zack Snyder settle for the same blueprint of a storyline for Justice League? And don’t get me started on the inconsistent CG and visuals of this movie. A lot has been written and published about Warner Bros. refusing to delay the release of Justice League.

Let’s also look back at Suicide Squad and how rushed it really was. Take note of this – David Ayer started writing for the project in September 2014. Filming started April 2015 – he only had six months to come up with the screenplay of an ensemble film that was introducing new characters to the franchise! In comparison, the script for Guardians of the Galaxy was already being worked on as early as 2011, and filming only started in January 2013 once the producers were confident in the quality of the script. 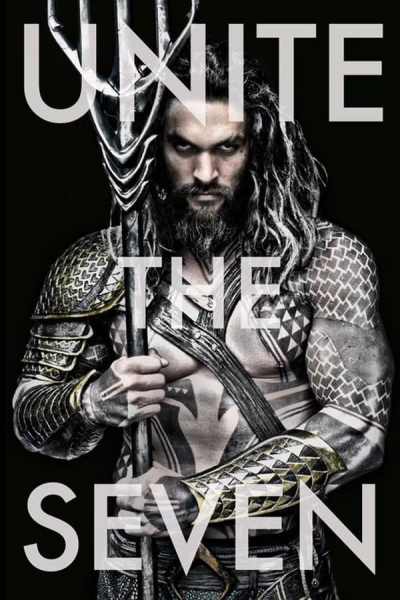 No, Warner Bros., I haven’t forgotten about your misleading “Unite the Seven” campaign.

Finally, I’ve been keeping track of all the DC film announcements and it’s all over the place. A stand alone Joker film? Nightwing? Batgirl? Harley Quinn will have her own solo film but will also appear in Suicide Squad 2, Birds of Prey, and in Gotham City Sirens? Is Justice League Dark still happening? It’s all very messy.

I don’t understand why Warner Bros. was in such a hurry to set up the DCEU. I mean, good superhero films will be successful in the box office no matter where you are in the universe’s overall storyline (see Deadpool, Logan). So what if Marvel Studios already had two Avengers films by the time Justice League was scheduled to come out? Let them peak at a different time and just let the stories flow naturally.

With all of that said, I can say that the DCEU isn’t necessarily dead. Wonder Woman was a big hit and I’m sure people will go and see it’s sequel. There is interest in the Aquaman film; it just needs good marketing. We might not see a sequel to Justice League until much later, after Warner Bros. finds it’s footing.

I hope someone, someone who can call the shots and take control of the DCEU, can finally figure out what went wrong with how Warner Bros. approached the DCEU and avoid repeating the same because we’ll keep ending up with bad/mediocre films.