So, this is still a thing, apparently.

In just a couple of days, the latest of the Michael Bay Transformers films, The Last Knight, will be released in theaters all around the world. I already know this movie is going to make a big splash at the box office. I actually know people who are eagerly awaiting the film because they already reserved tickets for the first day showing of the new Bayformers movie. They want to see if Optimus Prime will really be bad like the trailers suggest and be the new arch-for for the Autobots instead of the treacherous Decepticons. I just know there are going to be tons of people going to watch Transformers: The Last Knight on the first day for sure.

Well, I won’t be one of them. I have no plans in the near future to go watch the latest Bayformers film. And probably other Bayformer films for that matter

Now, if you liked them, more power to ya. I’m glad you find them entertaining but, from my point of view, the live-action Transformers films have progressively become worse and worse with each new entry. Okay, that’s not true because I still think Revenge of the Fallen was the worst film in the series. But they’ve been really, really bad, which is really sad because I actually liked the first Transformers movie! I wouldn’t call it a tour de force or anything like that. It’s more of a guilty pleasure more than anything else. But the films have just become bad, in my opinion. And I can’t really see The Last Knight being some kind of masterpiece, especially after all of the other films’ quality.

And I actually think it would be kind of disrespectful to the other good movies that I wasn’t able to pay good money to support if I actually went out and supported something I think will be trash. There have been some really good films that came out this year and I’ve been pretty busy with, well, life so I haven’t been able to find the time to go out and watch them. Movies like Colossal and Get Out came out earlier this year and I really wanted to see them but I just wasn’t for one reason or another. So, why would I actively go out and spend my hard earned money and valuable time to go watch The Last Knight, which I think I’ll just dislike?

There’s also the little issue that, well, Michael Bay is taunting the very people that actually paid money to watch the Transformers films. Around the time Age of Extinction was released, Michael Bay gave an interview with MTV. He was asked what he thinks of all the fans and the critics hating the Bayformers. Guess what he said? He said… well, you know what? Let me go pull up the exact quote:

Now, I guess Michael Bay was just saying that he doesn’t let the haters bother him. But what he said actually bothered me for a couple of reasons. For one, he was essentially talking about me. I am one of those persons who do hate the live-action Transformers movies that he’s been crapping out. But what do I do each and every time a new film in the series? I go and watch it on the very first day of showing! I even come in expecting that I’m going to see some pile of crap on the screen for the next two hours yet I still go out and watch them! Michael Bay actually pointed out that I’m part of the problem!

But that’s not the biggest issue I have with what he said. The thing I actually took the most offense with is that he’s not bothered by it. I’m actually really upset that he doesn’t care that people are opening criticizing him that they think his Transformers movies are terrible because that just means he won’t try to make them better. He’s just going to keep churning out the crap he’s made out of this beloved 80’s cartoon because he keeps on making money from it! I mean, if it keeps him rolling in dough, does he really have any incentive to even try to make a good Transformers film? And it looks like The Last Knight will be just the same thing: a crappy Transformers movie that Transformers fans like me will hate, some people will love but forget about after the next “big thing” comes along but will still rake in the cash to prove that Michael Bay is still the bomb at not making box office bombs. And it looks like Transformers: The Last Knight will not bomb because, like I said, people are actually eagerly awaiting the release of this film.

That’s right. I said it!

This actually pains me to see because, well, I grew up watching the 80’s cartoon. I thoroughly enjoyed the Generation 1 cartoon. It was a show that was great fun and I loved the characters and the story arcs. The Bayformers films don’t do the cartoon any justice and Michael Bay just doesn’t have any idea why the kids who grew up watching the cartoon dislike the things he’s been doing with the franchise. There’s too much focus on the humans instead on the heroic Autobots and the treacherous Decepticons. The robot designs are just too complicated, which makes it problematic to figure out who’s who when the Transformers actually clash in a fight. There’s a whole lot more problem I can rattle on about but you get the picture.

In the grand scheme of things, I finally want to see a Michael Bay helmed Transformers film to fail at the box office. I want Dreamworks and Paramount Studios to rethink their choice of producer and director for the series and get rid of Michael Bay. I want the franchise to get a hard reboot and the entire project given to an actual fan of the cartoon. I want the new lead of the live-action movies to be someone who actually grew up watching the cartoons so I know they will take care of it with all the love the Transformers actually deserve. Essentially, I want them to do what DC did with Zack Snyder. 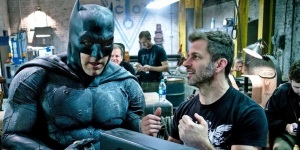 “Now, imagine your butthole is being stretched by a bunch of dudes while in prison…”

Of course, I won’t say I’ll never watch The Last Knight. If critics say that the movie is -gasp- actually good and shows the proper respect to the cartoon that spawned it, I will swallow my pride and go see it for myself. But, if reviews unsurprisingly say that The Last Knight is terrible, well, I won’t go watch it. If you feel the same way, I advise you to not show your patronage to the film. Why give Michael Bay your money when he himself doesn’t care if people like his films or not? That’ll show ’em!

Will you go see Transformers: The Last Knight? What do you think of the Bayformer films? Let me know in the comments section below!

4 thoughts on “Why I Won’t Be Watching Transformers: The Last Knight”