The unveiling of the new Nintendo Switch trailer in late October last year had the gaming community speculating about a console that is most likely going to improve on where its predecessor, the Wii U, fell short – a sleeker, truly portable design, better HD graphics, and a wider library of games down the line.

In principle, the new console offers the unique flexibility of allowing users to “switch” seamlessly from playing on the TV through a connected dock, to taking games on the go via the handheld mode, for that full hybrid experience. In case you haven’t seen the amazing trailer yet, here it is:

While I don’t consider myself a part of any video gaming subculture (I haven’t even been able to link my Super Mario Run account to my Nintendo Network ID and password because of a strange error on incompatible regional settings) the promise of a powerful home console that you can also pack up and take with you anywhere is exciting to consider. My experience with home consoles has been limited to a brief rendezvous with a PS2, which was cut short when I realized that I couldn’t muster the massive focus that was required to finish a full-blown Final Fantasy game while sitting up on my sofa or bed. Therefore, I had long ago accepted that I was destined for the portables, and had been owner to a few of them throughout the years: a GBA, PSP, Nintendo 3DS, and very recently the new 3DS XL.

But the truth is that I’ve always wanted to set up a nice video game system at home for the occasional visitors, or for when my teen-aged nephew comes to stay for the summer. I enjoy full HD gameplay on a 52-inch TV as much as the next person, and yet I still don’t want to be tied down to my couch just to finish games, and this is really how the Nintendo Switch fits my preferences and lifestyle, and why I am eagerly looking forward to its mid-March 2017 release.

I can’t rock the hobo-geek.

While that is no more than a couple of months away, Nintendo has also recently announced the date of the full product presentation, which is on Friday, January 13, 12 noon Manila time. Inauspicious numerology aside, the demonstration is supposed to be one hour long, and will answer many of the questions that have come up since the October sneak peek.

The novelty of owning such a unique product alone might be enough to entice me to spend my hard-earned money on the console, but this presentation will be key in making up my mind about whether to pre-order, line up outside Datablitz on day 1 of local release, or wait a few months for consumer feedback before finalizing my purchase decision.

At this time, I only know a few things about the Nintendo Switch, mostly from the trailer itself and from briefly skimming related articles: 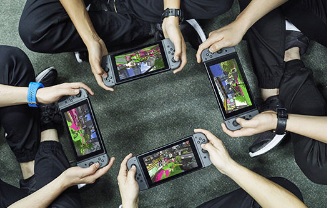 Listed below are aspects of the Nintendo Switch about which I would like to learn more during the presentation:

There is no question that there is much anticipation over the January 13 Nintendo Switch presentation, from hardcore fans of the brand, to casual gamers like myself, and rightfully so. At this point, it seems clear that the future of game consoles is arriving in just a few months, and whether the outlook is exciting or underwhelming all rests on what we will find out this coming Friday.