When the NES Classic was first announced, I immediately thought about what games would be built into it (they said it would come with 30 NES titles). Nintendo’s list was a good enough selection, with all time NES greats like Super Mario Bros. 3 and The Legend of Zelda included. They even had some third party standouts like the very first Castlevania and Final Fantasy games. 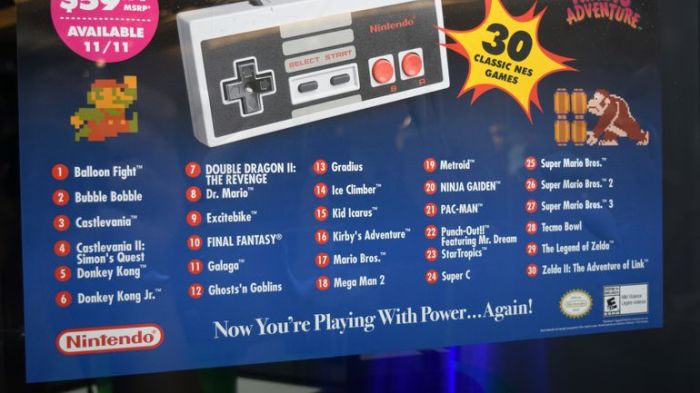 But I wasn’t quite happy with Nintendo’s selection. There were several titles that I think should have been included; I’m actually curious why they were left out. And that’s what I’d like to talk about now – five games that should have made the NES Classic selections. Unlike other lists (I know this is a common topic among video game websites), I’d like to take one step further and name the game from the existing list that I’d replace with my preferred titles.

Before I begin, please note that I’m talking about the North American version and not the Japanese Famicom Mini, even though the Famicom was the version that was widely played in our country back in the day. With that said, let’s dive into the list!

I liked Double Dragon III a lot more than I did Double Dragon II for multiple reasons. First, I liked the plot of the third game a whole lot more, which involved a plot that spanned across the globe and pitted the Lee Brothers against more varied opposition. I also liked how there were more playable characters to choose from – you were limited to Billy and Jimmy in the previous Double Dragon games but in the third game, you had the opportunity to recruit two characters to your team who played quite differently from the Lee Brothers. And the character movesets of Double Dragon III were quite advanced, even allowing team up moves like assisted flying kicks and double spin kicks. Finally, Double Dragon III does away with the confusing control scheme of Double Dragon II wherein instead of having punch and kick buttons, you had a left and right attack button (it’s confusing – if your character was facing left, you would punch left and kick right and vice versa).

One catch though – I played the Japanese version of Double Dragon III when I was a kid. I’ve read that the North American version was much more difficult due to the characters having less health and featuring more enemies. Also, you didn’t have any lives in Double Dragon III – if a character dies, they’re dead. If you’ve managed to recruit the additional characters, then you can continue the game as one of those characters. If you run out of characters, that’s it. This harder difficulty may have been the reason why Double Dragon II made the cut instead. But being harder isn’t a good enough reason – Ninja Gaiden, notorious for being one of the most difficult games on the NES, was included after all. 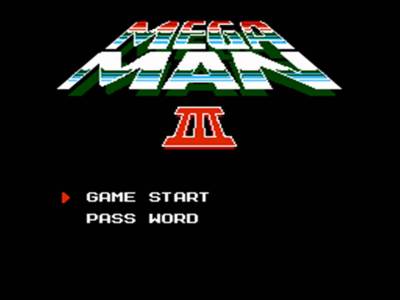 I can see why Mega Man II was included instead of Mega Man; it was a more polished game and follows the now universal Mega Man format of having eight stages instead of just six in the original. But Mega Man II over Mega Man III? It doesn’t make sense to me.

I’ll admit to a bit of bias; Mega Man III was the first Mega Man game that I played (and I played it a LOT). But Mega Man III is significant for introducing Rush (Mega Man’s robot dog companion) and Proto Man (Mega Man’s brother) to the series. Mega Man got his slide in this game first. It’s storytelling is much better, and you get to fight (SPOILER ALERT) all of the Mega Man II bosses in addition to it’s own set of bosses.

I don’t know why Mega Man II got the nod over Mega Man III; if it’s because of difficulty issues again, I’d refer you back to my Ninja Gaiden argument. In my eyes, Mega Man III should have been on the list. 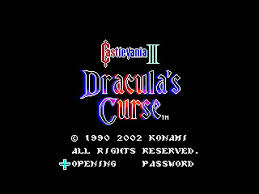 I do not know why Castlevania II: Simon’s Quest was included, given its notoriously bad localization and punishingly vague puzzles. Sure, it introduced the concept of a non-linear world that you can explore and was one of the first games to incorporate RPG elements into a platforming game, but it’s also close to unplayable without the help of guides or walkthroughs.

Castlevania III: Dracula’s Curse did away with the RPG elements but retained some of the non-linear gameplay via having branching paths. It also introduced the “ally” feature and the ability to swap between the protagonist and the ally character. Technologically, it is one of the better looking NES games ever released. Speaking of ally characters, Castlevania III is known for Alucard’s first appearance in a Castlevania game – yes, the same Alucard from Castlevania: Symphony of the Night first appeared in Castlevania III!

Sure, many consider the North American version of Castlevania III to be worse compared to its Japanese counterpart – one of the ally characters was essentially nerfed and it featured downgraded music due to a technological limitation. But Castlevania III is still a much better game than Castlevania II was.

Dr. Mario is a really good puzzler, but when you talk about puzzle games from the 8-bit era, there’s only one game that should come to mind: Tetris. Tetris is such an iconic title; it contributed to the massive success of the original Game Boy (which came bundled with Tetris). It has been named as the most ported video game in existence, with versions being made available on most video game consoles and even on devices like calculators and mobile phones. Tetris is often in the top five of “greatest video games of all time” lists.

I’d have loved to have Tetris on the NES Classic, but I understand why it wasn’t included; I think Ubisoft currently has the rights to distribute and sell Tetris titles, so it’s a little tricky to include Nintendo’s version. One example of how tricky it can get: Nintendo had to remove the virtual console version of the Game Boy Tetris and Tetris Axis from the UK and North American eShop. If Nintendo was forced to stop selling digital copies of their Tetris games, then you bet that it was a problematic issue for them. Dr. Mario is a decent enough replacement, but I still prefer Tetris over it. 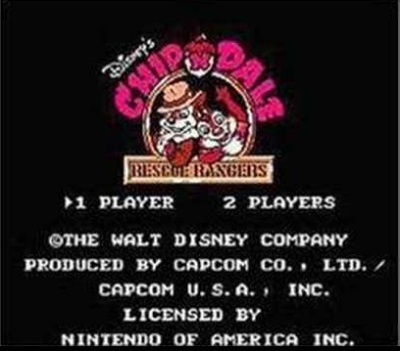 I don’t know if it’s just me, but isn’t there too much of Mario in Nintendo’s NES Classic selection? Not only do you have all three Super Mario games, but you’ve also got the original Donkey Kong in there as well. Why would we need to play the original Mario Bros. game at all, especially when Super Mario Bros. 3 featured it as a mini game?

Mario Bros., in my opinion, was included to add more two player games to the NES Classic- all of the other Mario games did not offer simultaneous play for two players. But if two player action was what Nintendo wanted, why not include one of the best two player co-op games on the NES of all time: Chip & Dale: Rescue Rangers?

Chip & Dale: Rescue Rangers offers a better two player co-op experience for several reasons – first, it features full side scrolling levels as opposed to the static one screen stages that Mario Bros. has. And the levels themselves are much better in terms of aesthetics as the game features real world environments but presented in a zoomed in view to reflect the small size of the protagonists. Finally, the game makes full use of the Rescue Rangers property; various characters from the cartoon show up either as assist characters or as bosses.

I understand that licensing issues would have made the inclusion of Chip & Dale: Rescue Rangers to be a little more complicated, but Disney has been having a good relationship with Nintendo in recent times (Nintendo released several Disney-themed games in the last couple of years) so I don’t think getting this would be as hard as getting the rights to publish Teenage Mutant Ninja Turtles II or similar games.

I guess something like this is never going to be perfect – everyone will have at least one game that they’d wish was included in the selection but was omitted for some reason. Personally, including the above titles would have made the NES Classic a more convincing purchase than it already is, but we can’t change that anymore. With all that said, the NES Classic compilation is already strong enough as it is, and is still a pretty good buy.

What do you think about the NES Classic? Are you happy with Nintendo’s game selection? Let us know how you feel about it by leaving a comment or two below!