The arrival of Netflix PH was supposed to change the way third world media geeks acquire and enjoy their favorite US TV series and movies in this neck of the woods. No longer at the mercy of questionable torrents and low-quality compressed DVDs from Makati Cinema Square, Pinoy TV buffs can now binge on the latest complete season of Grey’s Anatomy in the comfort of their personal mobile devices. All you need is a fairly decent internet connection and an extra P370 – P550 a month for the subscription fee, and you have hours upon hours of on-demand entertainment right at your fingertips. 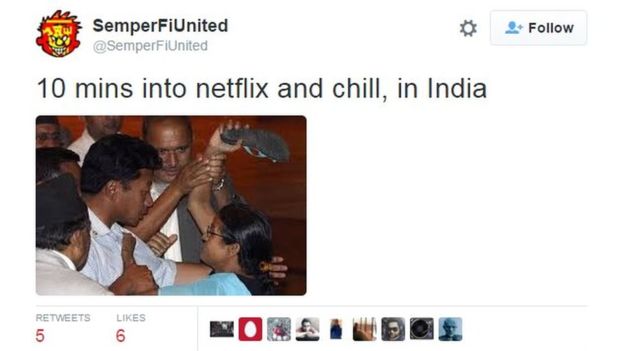 She thought he said “Netflix and chili“. (Source: BBC.com)

This business model is not a novelty in the Philippine online entertainment market. The App Store and Google Play have been listing streaming services such as iFlix and HOOQ for years. These apps do not just contain thousands of TV series and movies from the US and UK, but local ones as well. However, they have one thing in common – the content is old, old, old. Netflix was supposed to stream the most updated content right into your smart phones and TVs – at least that was the expectation.

The biggest problem with Netflix in countries outside of the US is that it is plagued by licensing restrictions and programming rights issues  (read: Why Netflix Can’t Actually Show House Of Cards To All Of Its Customers), not to mention local government laws on censorship. In South Korea, it has not been able to sign up many local TV shows that are still the preference for the viewing market. Singapore’s franchise cannot list The Walking Dead, Breaking Bad, and Modern Family among other popular titles, because they contain too much blood, drugs, and homosexuality. 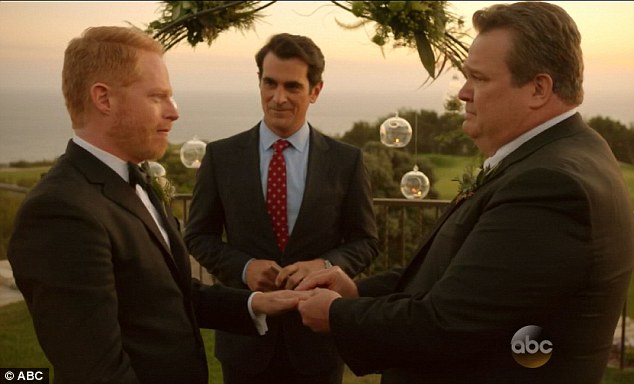 I do hereby solemnly swear that you are not as scary as fast zombies. (Source: ABC.com)

In the Philippines – home to biggest movie and TV series buffs in the entire planet – censorship is not quite as anal, but only about 7% of the current US listings were made available in the local version of the app as of launch day early this year. More titles are being added with time, but progress is slow. Check out a comparison of available movies and TV shows here. For most popular titles that are viewable, you can binge on past completed seasons, but will not be able to watch episodes from the current one, unless the series is on a special Netflix catalog.

That for me is the deal-breaker. For a monthly fee that is more expensive than my HD cable channel subscription, I expect to not have to learn that (Grey’s Anatomy spoiler alert!) Dr. Shepard dies in the middle of Season 11 from Twitter. If you’ve ever been in the receiving end of a spoiler Facebook timeline post about the Game of Thrones finale, you know what I mean. Therefore it follows that in order to keep up with recent developments in your favorite shows (while avoiding rage-unfriending) , you still need to turn to other resources anyway. And with the recent take-down of Kickass Torrents, and the proliferation of fake clone sites in its wake, looking for legit videos online have become a tricky undertaking for third world geeks everywhere.

How many friends did you lose after the pilot episode of The Walking Dead Season 6? (Source: SpoilerFreeMovieSleuth.Com)

At the moment, there’s an app called Showbox, a third-party video link-compiling app that works primarily on Android devices, and has links to thousands of new movies and TV series, and even some really popular old ones. I probably shouldn’t talk about it too much, because the first rule of Showbox usage is not to talk about Showbox – the more users, the slower the service. In fact, I am constantly surprised at how very few of the people I know are aware of it at all.

The app even allows you to either stream from available servers, or else download the files for later viewing. You can also choose whether to view in HD (up to 720p), or in bandwidth-friendlier quality. 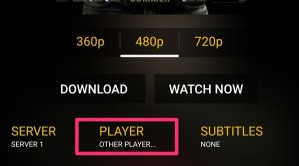 There are supposed to be versions available for iOS devices, but feedback about getting it to work has not been good. My personal experience with third-party app uploaders for iOS is that a lot of the apps you can download from there are outdated and usually don’t work in newer versions of Apple’s mobile operating system. Showbox may also work in PCs, and (allegedly) even in Macs, although it is not yet fully optimized outside of the Bluestacks environment.

And of course I should mention that Showbox, and all of its yummy content, is absolutely 100% free. I’ve read that the app itself is completely legal, and works as a compiler of content that is already readily available online.

There are some pop-up ads to contend with, but these do not show up mid-screening. The app also needs to be updated almost every other day in order for content to continue to be accessible. Finally, you do need a relatively stable and higher-end internet connection to enjoy uninterrupted viewing binges. I used to have a 2Mbps Globe Broadband DSL connection which could only support no more than two 30-minute hi-def videos before it goes into Fair Use mode. After weeks of poor connectivity – not just for streaming but for everything else – and a couple of scheduled home repair visits which never happened, I decided to switch to a SkyCable 8Mbps package, and never looked back.

Pop in a  Chromecast dongle for your LED TV, and voila – you’re all set for long weekends with your favorite old and new TV shows and movies.

While I would be happy to pay for subscription to video streaming services like Netflix, I will wait and hold off while they are still showcasing a paltry amount of their offerings compared to the US franchise. I am, after all, looking for the newest television series and movies. I will be the first to sign up the moment it can promise updated content comparable to what it is offering in the home base.

One thought on “Show it to me, Showbox”