Three movies in and it would seem that none of DC’s latest is still ever able to catch up on Marvel’s Cinematic Universe, not even on its first movie Iron Man. It is true that Man of Steel (MoS), Batman v Superman (BvS), and Suicide Squad (SS) open really big in the box office, even breaking records, but the steep declines on its second week (which I also predict for SS) are clear indications that it is just but hype that brought these movies into popularity on its release. It has now been three movies where the filmmakers and the cast would have to defend the movies, and explain that “We don’t care what the critics think. It’s for the fans…”. That excuse is getting a little old for my taste now. If you’re making a mainstream movie, you would want to please all of your audience and expand your fan-base. No film ever had a purpose of leaving a sour taste in critics mouths before its release, so that “for the fans” explanation is to me, nothing but bull. Not all critics are fans, but many fans are critics too.

The problem is, it looks like DC is giving in to the pressure of playing catch up with Marvel. The thing is, Marvel has had a good head-start. Everything that led up to the Avengers movie was well-planned, well-thought of, well-mapped out, and well-done. Even if these movies were focused on a single character, you can tell that it’s never too pre-occupied to building up to the Avengers movies. It can stand alone on its own even if the Avengers movies didn’t happen. On the other hand, DC’s solo movies seem to be made so that the Justice League (JL) film could happen, and although that’s okay in retrospect, it feels like these movies being made prior to JL are being rushed just so we could get to a JL movie immediately. It actually almost feels like it’s a “let’s just get it done so we can get it over with” kind of approach to making these movies. Quite frankly, I’m beginning to lose a lot of interest with DCCU, and I imagine it to be a lot lesser if we continue to get more films like these. 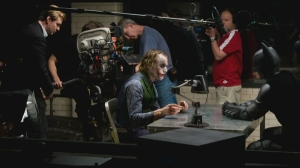 This is why I think, although it is unlikely to happen, DC should think about expanding Christopher Nolan’s Batman universe instead. I would admit that I would gobble up anything Nolan attaches his name to (and to be honest, that’s what really got me excited about MoS), but the Nolan Batman movies could be a good start-off point for building up the DC universe. It is a Batman character we already know and care for, and a Gotham that’s already been setup quite nicely, so then we will no longer need another origin movie. I think the only problem with this is that Nolan’s Batman is already old, but isn’t that what DC is currently aiming for anyways? And the premise of the Nolan’s Batman movies are based on realistic dilemmas that could be a bit challenging if you want to introduce characters that boast of supernatural powers. However, I think that’s what could make it really interesting if they can pull it off. I am not saying that they should approach it the same way Nolan has done with Batman. Batman’s story has a dark and gritty tone to it and how it was made was just the right recipe for success. However, the same approach might not work with other characters in the Justice League movies, which I think was the tone that Zack Snyder went for Superman, and obviously, was not received very well by fans and critics alike.  It’s quite disappointing though, Henry Cavill IS Superman.  He’s just not given that good of a material to work on.

So if it shouldn’t be the same approach as the Nolan Batman movies, how is it a good idea to be in the same universe?

I’m glad you asked.  You see, Batman and Superman could not be anymore different, but in the comics world they co-existed.  I think, for the people to appreciate the relationship that Batman and Superman will eventually have, they need to be shown how they contrast each other.  By giving both of them the same dark and gritty tone, it would seem that they are just the same person only differing in powers.  Both vigilantes. Both hiding their identities. Same motivations.  So in perspective, the audience is only getting to know the same person with different abilities.  I’ve never read the comic books, but as far as I know, the people have generally accepted Superman as a hero, almost right off the bat, and Batman a vigilante.  If both of their stories revolve around people’s skepticism, it’s really too easy to get tired of, and if you ask me, less interesting.  However, if the Nolan-verse is expanded, and we are given a Metropolis that has generally accepted Superman as a hero rather than an alien, then there in lies a contrast we can distinctly tell Bats and Supes apart.  Batman became Batman not just because his parents died.  It was because of his distaste of injustice.  It was because the society he is living in is overpowered by the machinations of corruption, greed and misuse of power.  When Nolan told that story, it was something that people can relate to, no matter how fantastical a character Batman is.  There was a sense of putting laws into his own hands, a sense of being a vigilante.  Superman is different.   If the Supes character is treated the same way as Batman, not in tone, but in how the society accepts him, there could be a great story to tell.  He saves the day.  He is a hero.  He is willing to cooperate with the police force.  He has values.  We need to see a story where people relies on him.  Given that treatment, I believe that there is a great Superman story that can be told.  However, at the moment, we have had two movies where people are skeptical of Superman.  Even Suicide Squad was preparing for a potentially bad Superman.

How about the other members of the Justice League?  Aren’t they too fantastical to be in the same universe?

Boy, you are on a roll!  As I’ve mentioned earlier, since Nolan’s take on Batman’s world is based on realistic situations, it would be quite challenging to introduce heroes with supernatural powers.  You could however imagine the payoff if they are able to pull it off.  If you come to think of it, Nolan’s Batman has been able to introduce a slew of characters throughout the trilogy, and still be able to ground them in realism:  The Scarecrow, Ra’s Al-Ghul, The Joker, Two-Face, Bane, Catwoman.  Weren’t we impressed with how these characters are brought in to the Nolan-verse?  Now that doesn’t mean that we have to come up with a really complex scientific explanation as to how Superman is able to shoot lasers from his eyes, and still ground everything in reality.  Remember how Thor was brought in?  How Captain America was introduced to the current century?  Much of it was when they were developed during their individual movies.  Man of Steel actually did really well in this aspect, if you ask me.  The problem is, the next couple of movies are already too pre-occupied with bringing in all the other characters.  We’ve so far only had one movie concentrating on a single character.  The next couple introduced Batman, Wonder-Woman, The Flash, Aquaman, Cyborg, and anyone else I missed from the easter eggs in most of these films, which quite frankly distracted more than it moved the story forward, all at the same time.

So screw Zack Snyder’s vision for the Justice League?

Snyder’s vision is to be the coolest cinematic universe out there.  Well, “cool” is the new “dumb” in superhero movies.  The audience has already gotten used to the fact that it is a possibility to make an enjoyable film  that is beyond just “cool”.  It has to have substance, it has to have relevance to the current world, it has to be good.  Not average, and definitely not mediocre.  We already have the technology to use to come up with a really good movie in terms of visual, cool- factor, so the stories have to make sense.  It must be thought-provoking and not just action-packed and special-effects filled.  It has to treat its audience intelligently as well, and let them figure some things out on their own, instead of spelling it out all the time.  Nolan’s Batman made use of more practical effects than computer graphics, and the story isn’t just generic.  I do not recall there being a scene in the trilogy where it screams “Cool, yes?”.  It is busy in moving the story forward, and is thought-provoking in theme, dialogue, and concept.  Story is king.  That is the only vision you need to have, and everything else will follow.

On that note, let me leave you with something that explains my adulation for Chris Nolan.  He’s bent on secrecy, mystery and cryptic-ism on current projects he is working on, never showing off anything of particular note before his movie’s release.  And when the movie comes out, it always blows us away.  This is something DC needs to learn too, as they have been showing off a lot prior to the movie’s release.

Are you happy with the direction that the current DC Cinematic Universe is heading to?  Let me know what you think on the comments section below.