Last time, I talked about my love for Disney Princesses. And, since it is the New Year (Happy New Year, by the way!), I wanted to talk about change and how it can be good. And one of the best sets of proof of this would be Disney itself.

Now, let me begin by saying that, like a lot of you, I’m afraid of change. It could be as big as moving into a new house and actually finding your own place and living on your own. It could even be something small like trying our a new recipe or even meeting someone new. It can be hard to get out of our own comfort zone because, well… it’s called the Comfort Zone for a reason! You feel comfortable in it!

But, like the old saying goes, the only constant in the world is change. And we do have to accept change. The thing is, I have a feeling that Disney didn’t just “accept” change; they decided to make the change themselves! And, thus, the Disney Renaissance era began!

Where the magic happens

We all know that Disney makes big blockbuster animated films. Films like Snow White and the Seven Dwarves, Cinderella and Alice in Wonderland are still spectacular films. Even when I watch them now, I wouldn’t be able to tell they were created long before I was even born! But, I never really knew they made other animated films like The Fox and The Hound, The Aristocrats and The Black Cauldron. I never had the privilege to watch them even on the Disney Channel!

I’m sure they’re great films but how come it seems like these films aren’t remembered as Disney classics like the other films? Well, I actually watched one of the movies that came out during that time period, Robin Hood. While it’s a good film, it just doesn’t seem to have the same magic or scale the previous animated flicks Disney produced before it. It seemed, for a lack of a better term, cheaper. And, apparently, it was. 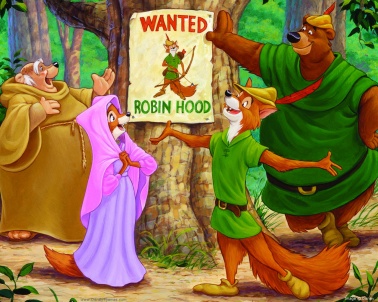 Apparently, Disney actually had competition during the 80’s when Don Bluth left the company. And he was beating Disney at their own game! Don Bluth’s animation company produced big hits like The Land Before Time and An American Tail. I actually watched both of those films when I was young (and loved them!) but I never even heard of Oliver and Company as well as The Great Mouse Detective, which were the movies that Disney released at the same time!

I guess, with Disney realizing that they didn’t have dominance over the animated movie gig anymore. They finally figured out that they couldn’t be just shooting out any old cartoon anymore. They had to reinvent itself. And they did it by copying their old style as well as changing how they did things.

It all started with the Little Mermaid, a film that made me fall in love with Disney. It’s the first real Disney movie that I remember watching, which is odd since it’s older than me! Even if that’s the case, I still vividly remember watching the movie at my cousin’s house when I was just 3 years old. There was something special and magical about the movie that I couldn’t put my finger on. But, now that I’m (much) older and I’ve watched the other films during the Disney Renaissance period, I think I can better articulate why they seem so much better. 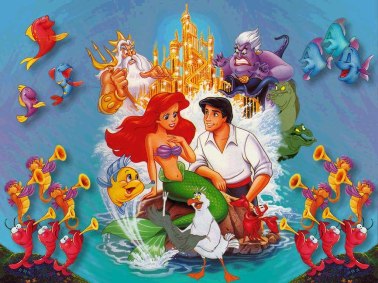 It’s still one of my favorite films of all time.

Well, for one thing, the films during the Disney Renaissance looks gorgeous! While the animation during Snow White and Cinderella seem more smooth and fluid, the look of the characters are more stylized. Each character are given defining features to make them stand out.

I also think Disney realized that most of their previous animated features never really had motivation to do anything for themselves. They just seemed to perform actions to react to the hand they were dealt or to handle whatever situation they’re fall into. In Beauty and The Beast, Belle offers to take the place of her father in the Beast’s dungeon. In Aladdin, the main hero decides to use the Genie’s magic for selfish reasons initially.

There’s also a lot more energy on the screen. I think that’s because of the risky decision to make each movie like a Broadway production. All cartoon feature movies did have musical numbers and song but never to the extent like what they started to do! They became really elaborate set pieces with choirs singing in the background, complex dance number, etc. But, they do push the story forward in some way, which is pretty great!

I guess Disney also forgot about what made the Renaissance period so great since they started to focus too much on the characters. There’s nothing really wrong with that; The Emperor’s New Groove and Lilo and Stitch were fun because the characters are funny. But I think they went overboard with it. When I watched Treasure Planet, Brother Bear and Home on The Range, I just felt… meh.

Disney did recover after these missteps when they focused on the musical aspects again. I loved The Princess and The Frog and, of course, Tangled. So, change may be good. But, there is also another saying: If it ain’t broke, don’t fix it. I don’t think the current Disney formula is broken, so I hope Disney doesn’t try to make any drastic changes just yet.

Speaking of change and the New Year, I like to talk about the changes I like to see in 2014. And I’ll do that next time!

How about you? What do you think of the Disney Renaissance? Leave your thoughts in the comments section below!