Namco Bandai and Tecmo Koei are going to be having new versions of their fighting game franchises available on the Playstation 3. Best of all, both of them are going to be free!

First up, Namco Bandai announced that a new version of Tekken will be made available on the Playstation Network starting June 11. Called Tekken Revolution, this new game will add several new features to the flagship franchise, such as the ability to modify the health and strength of each character to suit your playstyle.

Here’s the trailer for Tekken Revolution:

Also, Tecmo Koei also announced that a free-to-play version of Dead or Alive 5 Ultimate will also be available sometime in the future. Here’s the poster announcing the game. 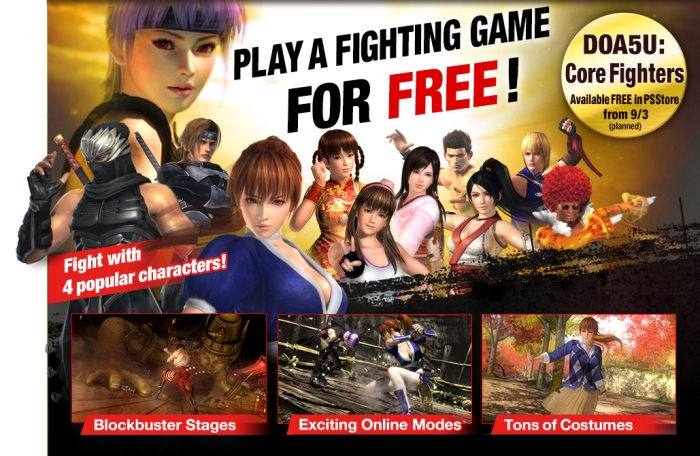 Look closely for the “disclaimer”

However, if you look closely at the picture, it says you’ll only be able to play with 4 characters. You will need to pay for the other characters as well as the Story Mode, apparently.

No word if Tekken Revolution free-to-play model will also work the same way.

Right now, these will be Playstation 3 exclusives for now.