We have a Wii somewhere in my house. I don’t know where it is, though. It’s probably gathering dust in some forgotten corner of a closet somewhere but I can’t really say where it is exactly. That’s because we disconnected Nintendo’s motion controlled some years ago and never bothered to plug it in anymore. You may say that this is the fate of most video gaming consoles but that’s usually doesn’t happen in my house. My brother still has his PS3 hooked up to his TV and he boots it up once in a while to play Grand Theft Auto V (“We’re not buying it again for the PS4,” he says) and his old, reliable Famicom (that’s the NES for you Western dwellers) is still working and he plays a few oldies on it once in a blue moon. 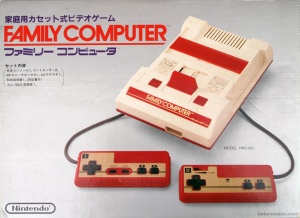 Wonder how much a working Famicom is these days?

But the same can’t be said for our Nintendo Wii. That’s because we don’t like it as a whole and I can tell you specifically why: motion controls. There was a time in the history of video games that this was the next big thing. After Nintendo killed Sony and Microsoft when it came to sales figures thanks to the Wii’s new fangled Wii-Mote and motion control system. It was so big that Sony and Microsoft had to invent their own version of motion controls, namely PlayStation Move and Kinect, the year after that!

So, what happened? Why were motion controls in one year and immediately out the other? Well, I’m not an industry insider so I don’t really know the details but I can give you my take on what happened…

When Nintendo launched the Wii, people were actually befuddled by this new interface. The Wii-Mote wasn’t your typical controller and Nintendo promised it was going to revolutionize how people played video games. For the most part, it seemed to do just that. You just didn’t hit a button to swing your tennis racket with Wii Sports. No, you had to swing that wet noodle you call an arm to wallop that virtual tennis ball! You had to get your lazy ass off the couch and move your body around! This was new and fresh. Wii Sports displayed a lot of promise and showed gamers and, more importantly, developers what the system can do.

People ate up the Wii. But it wasn’t the traditional gaming audience that did most of the eating. It was the casual non-gaming audience. Motion controls were something they could easily understand and it’s not hard to see why. Take a look at your typical controller nowadays and you’ll see a stupefying number of buttons and joysticks… for casual gamers anyway. They look incredibly different from the older controllers of yesteryear. I mean, the original NES/Famicom only had 2 buttons and one D-Pad. Today’s controllers have a minimum of 8 buttons, four on the “face” of the controller and four on the “shoulder” portion. Not only that, you’ve got 2 analog controllers and 1 D-Pad to keep track off as well!

It certainly didn’t help that most games have to utilize each and every button on them. And that changes with each and every game as well! Even something as simple as fighting games, each button does something different between them. Tekken’s control scheme can’t really be compared to Street Fighter and Mortal Kombat! Modern controllers are just intimidating, even to someone who wants to get into gaming. But motion controls? All you need to do is wave your arms in the right way and you’re good to go! This attracted the casual market and Sony and Microsoft looked at Nintendo with envy and they wanted a healthy slice of casual gaming pie as well.

However, what Sony, Microsoft and, to a certain extent, Nintendo, failed to take into account was the Wii wasn’t actually really good at the entire motion controls thing. Wii Sports made the controls seems flawless but that’s because the motions were relatively simple. But when it came to more nuanced motions, the Wii-Mote simply couldn’t track them properly because the technology just wasn’t there yet. Some games, like Red Steel, bit off more than they could chew because they were ambitious enough to utilize the motion control capability of the Wii-Mote but the controls would just glitch out at times, especially during the swordplay portions.

That didn’t stop Sony and Microsoft because they felt the could do better. And, honestly, they did. The PlayStation Move was supposedly more accurate than the Wii-Mote because of that weird glowing orb the camera tracks. The Kinect was a marvel of technology and definitely felt like the future. However, they weren’t still accurate enough for most people. They just couldn’t track all of the nuanced movements necessary for really immersive gameplay.

In fact, motion controls made things much more difficult for gamers who were used to using standard controllers because of this. It made sense for games like bowling and tennis like in Wii Sports. But what about for moves like running and jumping or other things that require precise control that motion controls just couldn’t handle? Those were things that just felt intuitive if you had a controller in your hand and all you needed to do was press a button. But motion controls actually took you out of the game because you were concentrating too much on the controls rather than the game.

But the biggest drawback of motion controls was something Sony, Microsoft and Nintendo didn’t think about. That was that you had to build your games around the motion controls. Simple games, fine. But games like Uncharted where you need to jump around, hang on ledges and shoot bad guys from a distance would be disastrous. And don’t even get me started with fighting games because, while that would be a great workout, it wouldn’t be all that fun, especially when you know you threw a punch but the motion controls detect you didn’t.

Not only that, there’s a serious lack of tactile feedback that should be there. When I have a controller in my hand, I don’t feel the need to feel like I’m pulling on my bow to fire an arrow at an enemy or the recoil of the gun that I just fired because I’m engrossed in the game. But I feel that it’s totally missing with motion controls. I should be able to feel the weight in my arm when I parry a sword strike with my blade or feel the crunch of my fist if I connect against my opponent’s head. If I don’t, I’m just not immersed in it because there is a strong disconnect with what I should be feeling. Maybe that makes me sound like a psychopath, but It just doesn’t feel right unless I feel the force of my punch hitting something.

What’s your take on motion controls? Let me know in the comments section below!

One thought on “Episode 218: The Rise and Fall of Motion Controls”