If you’ve played a modern game, you’ve probably know that you can’t just boot it up and play instantaneously. No, you gotta wait for the company logos to flash on the screen first. Then you gotta load up your game. Then you gotta wait for the game to load. And load. And load… Loading screens are pretty much synonymous with modern gaming. So, there you are. Sitting in front of your TV/computer screen, staring at that rather plain looking image that says the game is “Now Loading”… like you didn’t know what was happening. Okay, they may say they’re reticulating splines or something like that.

How do you actually reticulate anything, much less a spline?

In all honesty, I’m kind of okay with the initial loading screen. Sure, it’s the longest and it could take you a minute or two… or three… before you actually get into the game. But once I get into the game, I expect a smooth experience. I want the game to feel like a seamless world and I can fully spend the rest of my time actually playing, watching cutscenes, going on sidequests and generally doing things that involves playing a modern video game. That does not include me having to see another loading screen. And yet, this doesn’t happen. Even after that excruciating long loading screen when you boot up the game, I’m still bombarded with loading screens! 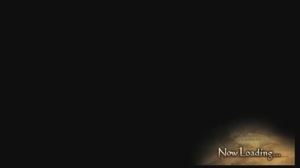 Be prepared to see this screen over and over again in this game!

My biggest gripe with this is how it just breaks the flow of the game. Just when I’m getting invested in the story or the gameplay, I would hit a point where everything would just stop and take me out of the moment. Loading screens are boring and they jump out at you as if they’re saying, “Hey, you really wanna keep on playing, huh? But, nope! Look at me first!” Now, I do know why these in-game loading screens pop in and out. They have to load a bunch of new stuff into the game engine and whatnot so you get these things. But why do they have to be so boring and dull? It just seems lazy that they show this uninteresting static image. Shouldn’t they at least attempt to do something creative with the loading screen?

It’s not like this hasn’t been done before. I will admit that there have been a lot of developers that have tried their darndest to make the initial loading screens entertaining. In the Assassin’s Creed games, you get to control the hero of the game and run (and jump) around in an infinite void of white, which is fun for a while. Hey, at least you’re doing something! Bethesda’s games like Skyrim and Fallout 4 loads up a random in-game model and you can spin and twirl it around all you like. Metal Gear Solid 4: Guns of the Patriots ultra-long loading screen showed a looping cinematic of Old Snake smoking while cute gameplay tips and weird advice (like throwing your cigarette butts in the proper place). It’s boring but at least you’re not looking at some static screen! But the best initial loading screens were from Namco as they loaded up some classic arcade games like Galaga while the game loaded in the background like in Tekken. And this was way back in the days of the original PlayStation! Of course, Namco, being the sneaky devils they were, filed a patent regarding playing minigames during loading screens. Thankfully, the patent already expired so hopefully other developers can now start doing what Namco did way back when.

But it kind of makes sense to put minigames there as they’re the ones that take the longest. You can’t really do that for the in-game loading screens. They may break up the flow of the game and actually be more of a distraction or, worse yet, the minigames may prove to be more fun than the actual game! So, what should game developers do then? Well, there would be two options. Either be really creative with the loading screens and try to disguise them as much as possible or, the better option, find ways to load the game in the background.

There was a time even way back during the original PlayStation was the console to get when loading screens actually added atmosphere to the game. Take the original Resident Evil game. Whenever you needed to enter a new room or area, the game would actually have to load but most gamers didn’t know it because of the way Capcom didn’t tell us it was a loading screen. Instead, you would get a really brief cinematic where you would see the door opening. It was a pretty nifty way to disguise the fact that you weren’t in control and it actually heightened the tension of entering a new area. It was an incredibly creative way to handle the loading screen.

Of course, the best way developers should handle loading screens is to not have any at all! There are games like Netherrealm Studios’ fighting games, namely Mortal Kombat and Injustice that seamlessly transition between cutscenes and gameplay in such a way that you never notice any loading. In fact, a lot of open world games don’t use loading screens anymore. Even super huge games like the Grand Theft Auto series have virtually no loading screens because all of the data needed is loaded while you’re playing it. It’s happening in the background while you’re driving around… or killing people.

But the mere fact that Netherrealm Studios can make sleek transitions and games like Grand Theft Auto can do away with loading screens makes it all the more dumb that there are games like Valkyria Revolution that still rely on them. There have been incredibly creative ways that the doors cutscene in Resident Evil yet we still get static screens or we have to see that little bar fill up. Game developers are supposed to be incredibly creative people. I think it’s time they stop being lazy and also apply that creativity into trying to find ways to disguise loading screens in a better way.

How do you think loading screens can be made better? Let me know in the comments section below!

One thought on “In Game Loading Screens Should Be Made “Fun””