Superheroes aren’t just limited to the big screen – we’ve had them gracing television sets for several years now. Should I even bother listing them? We’ve got DC’s Arrow, The Flash and Gotham, with Supergirl and Legends of Tomorrow coming up. Marvel’s got Agents of S.H.I.E.L.D. and Agent Carter, as well as Daredevil over on Netflix. We’re even getting a relaunch of sorts of NBC’s Heroes franchise as Heroes Reborn is set to premiere this month. Why then, should we be interested with Jessica Jones – the next Marvel-produced TV series from Netflix?

Out of the superhero-centric TV shows that are set to launch soon, Marvel’s Jessica Jones is probably the one that’s least known to non-comic book readers, which is why I came up with a list of reasons why people should keep their eye open for this new Netflix series set to be released later this year. Note that I will be sharing some possible spoilers – minor ones, and nothing that hasn’t been revealed in any marketing releases for the series, but still worth avoiding for those who want to walk into this series not knowing any pertinent details.

Jessica Jones is a different kind of superhero

Unlike the superheroes that we’ve been watching in the different films and TV shows who are either presently a superhero or are about to become one, Jessica Jones is very different in that she’s already done the superhero bit prior to the series. A bad experience lead to her eventually giving up the superhero act. 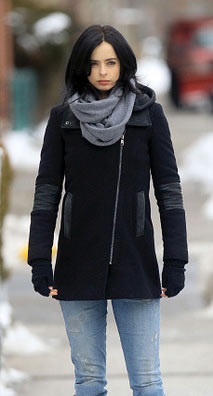 In the comic books that featured her stories, this bad experience involves the supervillain known as the Purple Man (real name Zebediah Killgrave) who has the power of mind control. He manages to place Jones under control, after which he subjects her to psychological abuse and enlists her aid in his criminal acts. This experience proves to be traumatic, causing Jessica to not only retire from being a superhero but to view superheroics in a negative light.

As a civilian, she took on the roles of a private investigator (the comic book series Alias) and then as a special consultant for the Daily Bugle, the Marvel Universe’s most prominent newspaper publication. Because of her powers and her previous experience as a superhero, she manages to get involved in superhero-related situations despite her reservations.

What we potentially have in Jessica Jones is a character who not only can show the cons of being a superhero, but one who has actually experienced enough of these cons to change her whole outlook. We also have someone who is a good person deep down despite those experiences, which sets up a path of redemption that is unique to her character.

Personally, I’m quite interested in how closely the series will adhere to its comic book source material. How did Jessica Jones get her powers? What happened to her that turned her away from being a superhero? Will she become a full-fledged superhero again? All these just serve to make Jessica Jones compelling in my eyes, at least for the moment.

David Tennant plays Kilgrave, the main supervillain of the series

David Tennant’s casting as Kilgrave (name slightly changed from its original comic book spelling) is notable in my eyes simply because his turn as the Tenth Doctor in Doctor Who has gotten him so much geek-cred that anything he did and does becomes noteworthy. I can still remember how people talked about him getting the role of supposed vampire hunter Peter Vincent in the 2011 remake of the cult classic horror film Fright Night, and his performance in that film was well-received. I did some digging and found that Tennant is one of the more liked actors who portrayed the time-travelling Doctor, always landing a top three spot whenever the Doctors are ranked in order of popularity. 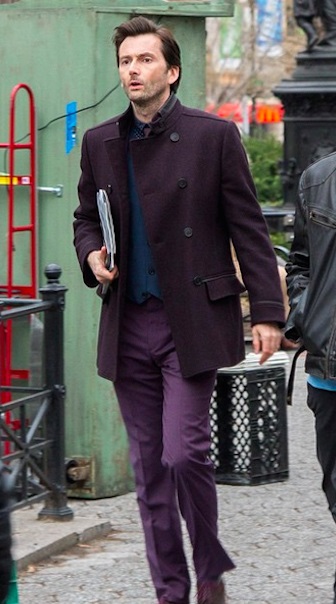 A common criticism of superhero films, Marvel Cinematic Universe ones in particular, is that their supervillains aren’t very compelling, so I’m quite interested in what David Tennant is going to bring to the table as Kilgrave. One of the positive feedback for Daredevil, the first Marvel series to come from Netflix, was how compelling and fleshed out it’s villain (Wilson Fisk) was. Is Tennant able to meet up to the standards that Vincent D’Onofrio set when he took on the role of Fisk? I think it’s worth checking this series out to find the answer.

Marvel’s Jessica Jones is Part Two of the “Defenders Initiative”

By now, everyone should be aware of how Marvel Studios successfully had each of their key Avengers heroes star in their own movies to set up a big crossover movie. No other studio has done that before, and several are still trying to recapture both the awesomeness and the financial success that The Avengers film was able to achieve.

Netflix is trying to do the same thing for the small screen, setting up several TV shows starring different superheroes before having all of them be part of a separate TV show for The Defenders. Having a shared universe isn’t anything new to television; cross overs between different TV shows have been done before and we’ve seen new programs come out of existing ones as spin-offs. In fact, DC already has a shared universe with their CW shows like Arrow, The Flash, and Legends of Tomorrow. But that’s not at the same level as what Netflix is planning to do.

Unlike Daredevil, Marvel’s Jessica Jones will have stronger ties to the other Marvel/Netflix TV shows.

I was there when each of the Phase One films were being released. I saw every single Phase One film at least twice before The Avengers hit the big screen. And I think that The Avengers wouldn’t be as awesome as it was if I hadn’t seen each of the Phase One films. I strongly believe that it’s going to be the same in this case. I wouldn’t be as emotionally invested in finally seeing Daredevil meet and interact with some superpowered private investigator if I skipped on watching her own TV show. Experiencing Jessica Jones’ storyline firsthand will definitely make her eventual team up with Matt Murdock and the rest of the Netflix superheroes more meaningful.

Unlike Marvel’s Daredevil, which exists mainly within its own universe, Marvel’s Jessica Jones will have very strong ties with the next Marvel/Netflix TV show by introducing Luke Cage to audiences. Luke Cage, if you don’t already know, is the lead character of the third Marvel/Netflix show, and I’m betting that its success will be highly dependent on how Jessica Jones is received by audiences. Also, Luke Cage isn’t going to be a mere guest star in this series – he’s actually part of the supporting cast and it looks like he’ll play a significant role in the development of Jessica Jones’ character.

I’m also predicting Luke Cage to serve as a launching pad for Iron Fist’s character, who is the lead character of the fourth and final Netflix show that will lead to The Defenders. Iron Fist is actually Luke Cage’s best friend, with both heroes co-starring in several different comic book titles since the 80s. Unlike Daredevil, these two (or three, if my guess is correct) TV shows will be closely linked to each other and will be required viewings in order to fully appreciate The Defenders.

Marvel’s Jessica Jones is part of the Marvel Cinematic Universe

Several different sources have already stated that, if successful enough, characters from these Netflix shows may get called to make appearances in future Marvel Cinematic Universe films. I wouldn’t want to be the one in the audience who goes “who’s that” if/when Jessica Jones appears in one of Marvel’s Phase Three films.

These are the reasons why I’m very interested in Marvel’s Jessica Jones and why I think this show should be on everyone’s radar. Thankfully, a release date hasn’t been finalized yet so there’s still time to call attention to this series. Whether the show is going to be good or not is something that we can’t determine until after we’ve seen the episodes, but given the quality of Marvel’s Daredevil, I’m somewhat confident that this will be another home run for Netflix. I’m definitely going to watch this as soon as it gets released.

What do you think about Marvel’s Jessica Jones? Are you as interested as I am? Tell us what you think by leaving a comment or two below!