I’m adding a little bit of a twist though. Sex appeal, in my perspective, isn’t just about physical attributes – there are other aspects to it like attitude that I’m not really qualified to define. So for each of my selections, I’ll also try to describe specifics video game moments that made me go “Wow, that was hotttttttttt!” to justify my selection.

As with all my other lists, this also has some restrictions – because I’m going to talk about video game moments that I experienced,  I’m only including characters from games that I actually played. This means that obvious choices like Tomb Raider’s Lara Croft, Lollipop Chainsaw’s Juliet Starling, or Final Fantasy’s Rinoa Heartily won’t make it on this list.

And I don’t want to go through the exercise of ranking my picks based on how sexy they are to me so for simplicity’s sake, I’m going to do this chronologically. With that said, let’s get started.

Since her introduction to the series in Super Street Fighter II, I’ve always considered Cammy to be one of the hottest video game characters. But she went up a couple of places after the release of Super Street Fighter IV because of several reasons: her sexy English accent, the return of her iconic Delta Red green leotard outfit, and Street Fighter IV’s numerous closeups – from Cammy’s start of battle cutscenes, her Super Combos, up to her losing cutscene. For some reason, the in-game camera manages to zoom in on the right places, emphasizing her killer curves.

Chun Li may be the first and most popular female Street Fighter, but Cammy is my personal pick for the hottest. Target acquired, indeed. 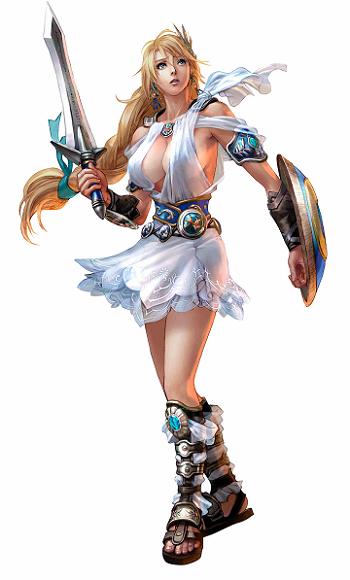 Most gamers would probably think of Ivy Valentine if you ask them who they think is the hottest female in Soulcalibur’s roster, but I’m always going to think of Sophitia Alexandra. Formerly a simple baker, Sophitia was given the task of destroying the evil Soul Edge by none other than Hephaestus, the blacksmith of the Olympian gods himself.

This exact moment stands out in my memory, to be honest – Hephaestus gave Sophitia this mission as she was bathing (shown in the opening credits of Soul Edge). Her rising up from the water is one of the hottest fighter intros that I can think of.

Sophitia has it all, from her looks (can’t go wrong with flowing blonde hair and curves in the right places) to her heart (her quests are always of the noble kind), Sophitia will always be ranked up high on my list.

Despite being rendered in blocky, super-deformed 3D models, there’s no denying that Tifa Lockhart is a voluptuous young woman. She is also a bad ass in hand to hand combat, and I didn’t know this when I was playing Final Fantasy VII but it turns out that she’s the Monk of the party – a pretty different take from the usual depiction of Monk-type characters in JRPGs.

I have to admit, I don’t have a specific moment in mind that made me see Tifa as “hot”. It’s a combination of her physical attributes and her background – childhood friends with the protagonist who somehow has to contend with a girl who sells flowers.

I do remember this mini game of sorts wherein your actions and choices would land you in a date with either Tifa or the other two female playable characters, and I was happy that I ended up going out with Tifa in my playthrough.

Look up the meaning of succubus in Wikipedia and you’ll see that by her very nature, Morrigan Aensland was designed to be hot. Flirtatious and scantily clad, Morrigan is probably one of two Dalkstalkers characters who still make regular appearances in Capcom’s cross over games (the other one being Felicia, another sexy female character).

There’s no question that I usually chose Morrigan because she’s visually pleasing to look at, but she’s also a pretty decent fighter. Thanks to her having a moveset that’s similar to Street Fighter’s Ryu, I had another reason to keep choosing her regularly beyond her being eye candy. 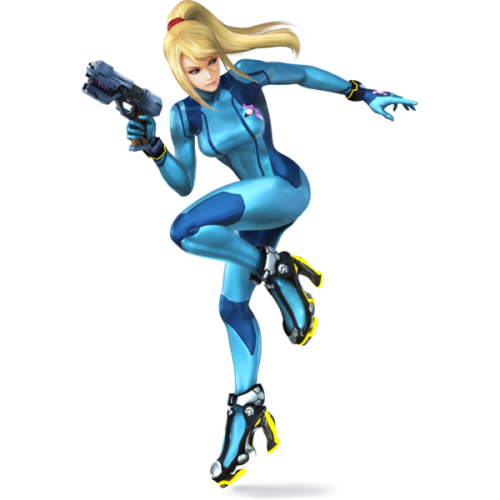 Yes, I know that several of the Metroid games showed Samus in various states of undress if you manage to beat those games under a specific time, but I never got the chance to really play any of the Metroid games until I got my hands on Metroid Prime for the Gamecube. And in that game, you won’t get to see Samus without her armor.

I first got a glimpse of how sexy Samus Aran truly is in Super Smash Bros. Brawl, wherein her Final Smash was a powerful blast that resulted in her armor getting removed. And without her armor, she’s a totally new character – different moves and all. Referred to as Zero Suit Samus because she’s only wearing the Zero Suit – a skintight suit that is aptlt named because its so skintight that if it were flesh-colored, it would be like Samus is in her birthday suit.

It’s pleasing to know that despite having a killer bod, Nintendo avoids sexualizing Samus too much, with her armored version remaining to be the most common depiction of the character.

One of the main protagonists of Resident Evil, Jill Valentine didn’t really get my attention until I played the Resident Evil Remake on the Gamecube. For some reason, I didn’t like her tube top/miniskirt version in Resident Evil 3 – it was too sexualized for me.

She really caught my attention in Resident Evil Revelations though. As the main character, I basically played 80% of the game in third person perspective. Not over her shoulder, but behind her, so I pretty much had a good view of her shapely bottom all throughout the game. Unlike the previous games, this version of Jill Valentine is battle-hardened and is clad in a believable military style uniform.

My favorite Resident Evil protagonist is Leon S. Kennedy, but there’s no question that I would much rather play the game using the renowned Master of Unlocking if it meant having to look at her all the time.

I didn’t expect to have a secondary character from a franchise full of supporting characters show up on this list of the hottest female video game characters, and even more surprising to have two Nintendo characters here. But I can’t do a list such as this without Fire Emblem Awakening’s Tharja.

A dark mage originally working with the enemy, you can get Tharja to fight for your cause if you send the right character out to talk to her. Her attire itself already excuses hotness – a black translucent robe that’s sheer enough to show skin – but it’s her personality that really got my attention. From the onset, she’s already got the hots for the Avatar character, openly admitting to stalking him in their first Support Conversation. And in her other conversations, she goes on about hexes and curses and other dark magic. There’s nothing hotter like a woman who has a little darkness inside her.

And that’s it for my list of hot female video game characters. I know I missed out on a lot of other games and thus, missed out on other video game women. So if you have someone in mind that you want to talk about, please feel free to share your thoughts below!